Tas Neemia, officially the Rājatba of Tas Neemia, is a constituent land of the Dynastic Incarnation of the Lands of the Flaventia. Prior to its incorporation into Flaventia, and for most of Natopian history, it was an autonomous demesne. The current Rani is Kaiseress Salome. Since the end of the Natopian Dark Age, the rajatba has historically been connected to the Ayreon-Kalirion members of the House of Waffel-Paine, those descended from Nathan Waffel-Paine's husband, Elijah Ayreon.

Tas Neemia is mostly flat grasslands, ideal for cattle ranches. Beef, dairy, and butter, were important resources for early Neemites in the area and no doubt contributed to the rise of Bovinism there. The Neemites consider themselves to be the Chosen People of the Butter Cow, and their oral tradition suggests they, or a small sect of Neemites, worshipped sculptures of butter often shaped as cows. According to the Tetrabiblios, St. Taznim was a turtle farmer living in Klaasiya (ancient texts could refer to modern Klaasiya or the ancient region of Klaasiya on the Laval peninsula). She had, according to the texts, forsaken all cows and chosen to live as turtle farmer away from her homeland. The Butter Cow spoke to her from behind a large rock, forbidding her to look at him. He recited the Seven Laws and she promised her people would obey.

She returned home to northern Yellow Island with her turtles and began preaching the laws to her people. The Neemites, who had already been worshipping butter statues, saw this as a sign and adopted the laws of the Butter Cow, nowcalling their land Tas Neemia, which according to tradition roughly translates to "Spirit-rock speaks to our people" in a defunct dialect of ancient Neemite.

The Neemite people, in the north, were a mostly nomadic cowherding people. Their ancient beliefs include reincarnation. A quasi-religious figure, The Dhury, is believed to be the same reincarnated soul of Taznim, the Bovic saint who received the Law from the Butter Cow; Chow, the princess who resisted then allied with Nett Opaegh; Sundara, the consort of Emperor Naian; and finally Asara Sisu, the pious Empress-Martyr who fulfilled the reincarnation cycle by giving birth to a male for the first time 13 generations. It is believed that ancient Neemites may perhaps be descended from Karnali travelers, or another asiatic people from Keltia.

A view of Tassity with Serribaugh Isle to the right

Tassity is the capital of Tas Neemia. Before 1623 it was known simply as Tas Neemia City. Tassity grew as the only large port city in the north. Nearby Crystal Island (now Nova Alrodria) was under Tas Neemia's control for many years, and Tassity became extremely wealthy by exporting Neemian beef and importing gems from Crystal Island. A description of Tassity was recorded in the private diary of Emperor Naian:

Serribaugh Palace is the residence of the Rani of Tas Neemia. Legend states that it was built on the site where Chow Dhury flung herself off a cliff to a rocky outcropping to spurn the romantic advances of Duke Robert of Gotzborg. Her body was guarded by her father for three weeks during which he constructed a small protective shrine over her body. She was eventually revived and the shrine grew in size. Now, the island that Serribaugh sits on is entirely manmade and connected to the mainland by a causeway. The original location of the shrine is lost to history, but tradition maintains that the palace's foundations are built upon the shrine, a fact that all Tassity residents know is false but maintain for tourism and culture.

Serribaugh is a series of buildings surrounded by lush, tropical gardens. The royal residence itself is a modest, red-brick mansion that affords the occupant private views of the Tassity skyline or the ocean. It follows the Neemian philosophy of modesty and humbleness. Comfortable for a royal family to live and entertain close family friends. Other buildings on the palace campus provide space for larger functions, such as the lavish wedding of Empress Asara and Kyle Kilynn. The Guardian Council, the upper-most chamber of the Flaventian Legislature, meets in one the Rani's private parlors in Serribaugh Palace as it only consists of eight members, all of which are related by blood or law, to the Rani. The Guardian Council only meets in extraordinary circumstances when it wants to veto a law sent to it by the lower chambers.

A popular local celebration is Prime Minister's Day, celebrated every Natopuary 21, the birthday of Chow Dhury. During Natopia's early dictatorial republic, Chow Dhury served as Prime Minister in Grand Chancellor Nathan Waffel-Paine's cabinet. The Prime Minister position was, more or less, the head-of-government at that time. Every year on Chow Dhury's birthday, the Grand Chancellor decreed that all of her decisions and decrees made that day would remain in effect and become law. After the Prime Minister position was abolished, Tassity maintained and adapted the tradition as a fools' or pranksters' holiday. In some circumstances, employers switch places with employees for the day. The mayor of Tassity appoint a Prime Minister who can issue funny or light-hearted proclamations for the day. 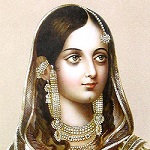 Empress Saint Asara the Pious, the last reincarnation of the Dhury.

Dhurism is a local Bovinist sect that places special reverence on a religious and cultural figure known as The Dhury. The Dhury was believed to be the reincarnated soul of Saint Taznim. For twelve generations, the first offspring of the descendants of Taznim were all female and caused the mother to die in childbirth. Dhurists believed that the soul of Taznim was immortalized by Bous for her part in bringing the Law to the Neemites. Bous knew that souls were eternal, but bodies were not. And so, when Taznim bore her first child Bous caused it to be a female and to pass the soul of Taznim directly from mother to child at the moment of birth, thus bestowing eternal life on Taznim. The reincarnations retained full memories of the previous Dhury. Taznim Dhury first passed her soul into Chow Dhury, the Neemite leader who forged an alliance with Nett Opaegh to bring about the unification of Yellow Island. Taznim's soul passed down for more generations until Sundara Dhury, who seduced Emperor Naian and gave birth to Empress Asara.

When Asara gave birth to her firstborn, a son, it was considered by many Dhurists as an omen of change for the worse. The mainstream Bovic Church interpreted the birth as a miraculous conclusion to the cycle, and that the first son born in 13 generations was a sign of change for good. The son was given the title of Trancedence of the Dhury, much to the chagrin of many Dhurists. Asara also survived the birth of her second child. The cycle of reincarnation was thus broken and when Asara was murdered by Adam Anushiruwân, Dhurists believed the soul of Taznim had been extinguished from this world and that without the long-lived wisdom of the Dhury's lifetimes of experience, the world would collapse into chaos. The Dhurists' believed their predictions came true when Nathan and Clara experienced a difficult childhood during the regency of their overwhelmed father, Kyle Kilynn who sent them to Stormark under false assurances of their safety. The exposure of Asara's children to Vanicism would set into motion events leading to the First Auspicious Occasion, the Uppheaval, and the Final Auspicious Occasion.

Dhurists see the world's near-descent into Vanicism, its contemporary apologist factions, and troubling resurgence, as proof of the chaos foretold by Taznim's soul escaping this world. Once a positive sect that prayed almost exclusively to the Butter Cow, the Dhurists are now an apocalyptic cult. They pray to Taznim to intercede to the Butter Bull to bring down a cleansing flood of ghee upon the whole world.