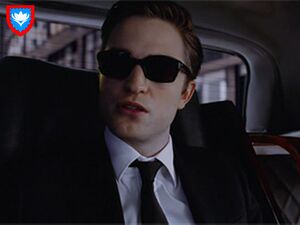 Nathaniel Andre Utas Ayreon-Kalirion of Waffel-Paine (1586-1632) was Emperor of the Natopians (1607–1618), Prince of Elwynn (de jure 1604–1618; de facto: 1604–-1607; 1618), and Emir of Sathrati (1630–1632). Born a slave under the name of Roentje (or Jeroen, documents vary) in Barbary, Nathaniel was adopted by Emperor Nathan I and Prince Elijah Ayreon of Elwynn. He was declared dead (wrongly) in 1607, and a state funeral in absentia was held for him in Eliria. He died (really) the first time in 1618, before being resurrected in Athlon a few years later, before finally dying again in 1632 by turning into melted butter and scooped out and consumed in an act of communion in the Cathedral of Elijah's Rest.

Nathaniel and Noor bint Daniyal (later Kaiseress Noor of Shireroth), both gay, agreed to marry in 1629 in order to further their dynasties. Impregnated through artificial insemination, Noor bore quadruplets, who have had descendants of their own. Nathaniel did not live to see his children grow up, them all being aged 2 at his death in 1632.

Adoption and later childhood and adolescence

Nathaniel is a former prophet and current saint in the Dozan Bovic Church, with the book entitled Message of Nathaniel the Returned in the Tetrabiblios having been dictated by Bous through him.

In Jingdao, Barbary and Sankt Ludwigshafen, there exists a different mythology about Nathaniel. In these countries, he is often referred to as Catodao (the way of Cato).

In the Barbarian Republic it is believed that Nathaniel returned to his homeland after his death in 1632. He is said to live on the Cliff of the Elders as a demigod. Many relics that supposedly belong to Nathaniel can be sold in the markets on the streets of Arvidsudde. For example, several dozen merchants claim to have formaldehyde filled jars with his eyes for sale.

Nathaniel was known as Catodao in Jingdao and the main character of the presumably lost literary work The Epic of Catodao. The work tells the story how Nathaniel was abducted or adopted, it depends on who you ask, from Barbary in Jingdao.

“I have called my boyfriend who is the King of the Natopians and we have decided to adopt you and raise you as a true Natopian son, your mind will be filled with heresy and you will do evil things."