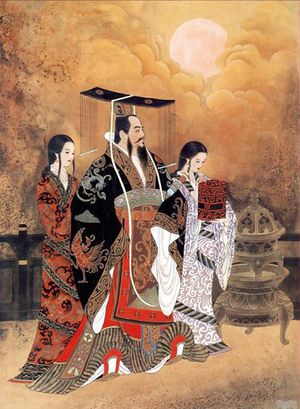 The name Jingdao (淨道, Jìngdào, "pure path"; in Sangunese pronunciation: Jōdō or Seidō), or the Pure Path, is most used when referring to the Apollonian-based nation under the Great Jing Dynasty and its main culture and language (see also Jing). The empire currently occupied a large part of Apollonia and was seen as a stable autocratic nation until the demise of its last ruler, the Chidao Emperor. He was succeeded by His daughter, the Xinshi Heavenly Light, whom withdrew to the Palace and only limited Herself to religious matters. Jingdao's name lived on as part of the Duchy of Jingdao.

It can, according to the Greater Jing School refer to several of its dynasties: