Phinbella is organised into 14 territories and 8 special administrative territories for local government purposes. The Federal Republic of Phinbella also includes Permata Mutiara (a dependent territory); the Oriental Hispanioéire Taemhwan and Niuē i Taman Lawang (sovereign occupied entities); and the Ross Dependency, which is Phinbella's territorial claim in Micrasian Antarctica.

The meaning of Phinbella itself is: a pormenteau of famous couple in Phineas and Ferb series, Phin: it's Mat Phineas Flynn, a Zaipinichi Peranakans boy, and Bella: it's Isabella Garcia-Shapiro, a Mexican girl.

The Istana is an official residence and office of the President of Phinbella, located in the Negara Awan.

Phinbella is a federal republic with a parliamentary democracy. The Constitution of the Federal Republic of Phinbella is the supreme law of the land, establishing the structure and responsibilities of government. Its head of state is the President, directly elected by the people with universal suffrage, and he exercises executive power on the advice of the federal prime minister, he also appoints the chief executive in the Free area of the Federation and three other autonomous entities. The head of the federal government is the Chairman of the Council of Ministers nominated by the president through the support of a majority of the people, and it is his responsibility to appoint senior ministers, Foreign Ministers and others in the federal government. A cabinet of parliamentarians is chosen by the Chairman and formally appointed by the President.

The legislature in Phinbella is unicameral, it is known as the Phinbella Federal Legislative Assembly, serves as the body that enacts Phinbellan laws and approves budgets. The Assembly has 183 members, all members are directly elected where it is elected from 174 constituencies in the Federation, three directly administered territories constituencies, one overseas dependencies constituency, three autonomous entity constituencies (where one from Oriental Hispanioéire Taemhwan, another from Niuē i Taman Lawang and another from a new entity) and two aboriginal constituencies. Each of these constituencies is only an individual who will be a candidate to contest in the election. All elections are held using quite different methods, namely largest remainder method, instant-runoff and first-past-the-post. Until today, only all independent parliamentarians have formed a government since RP 2615, after seven years of elections during the Phinbellan provisional government. In the elections held in RP 2608, the Phinbellan People’s Party had won a large majority of the provisional parliamentary seats. The most effective opposition party during the provisional government in Phinbella was the Democratic Union Party. The next election in Phinbella is expected to be held in RP 2617 or RP 2618 after ten years of not holding elections.

The judicial system in Phinbella is based on English common law (brought in from northern Keltia), mixed with sharia law for cases reserved for Umraist. Phinbellan criminal law is based on the Local Penal Code influenced by the Sangunese and Indian civil code established in RP 2600 during the Phinbellan provisional government, it was first adopted at that time and it remains the basis of the criminal code in Phinbella in force with a few exceptions, amendments and repeal as well as modifications after RP 2615. Meanwhile, Phinbella’s statutory law comes from Phinbella’s legislature and constitution, where the constitution requires presidential promulgation laws to be passed by the Federal Legislative Assembly. The main body of statutory law in Phinbella is influenced by the Six Code system. Phinbella has a court system that is divided into six basic levels, namely the Supreme Court, the Constitutional Court, the Sharia Court and three lower level courts.

In early RP 2616, Phinbella had sent its troops as well as the Army of the Federation of Phinbella of 820 people including 382 volunteers to carry out humanitarian missions in Nijima Island, and Phinbella had occupied a small part of the west of the island to make it its new territory. Recently the Phinbellan army was assigned to guard Western Nijima’s international border with its neighboring country. During the mission, his team provided medical treatment services to its members and civilians (residents of Nijima Island) injured by the Dromoskers attack, and also cleaned 992 cubic meters of water.

The law enforcement in Phinbella is the Phinbellan Federal Police Agency (PhFPA or FPA). The FPA was established in RP 2615, to replace the PhAF’s mission to solve all existing criminal problems within the Phinbella federal level. The foundation of the FPA aims to make Phinbella a paing country safe from criminals such as bribes, terrorists and other criminals. The FPA also set up a new unit, the Pan-Phinbellan Anti-Corruption Unit to handle cases involving corruption. The FPA consists of three police entities, namely the Police of the Free Area of the Federation of Phinbella which is divided into 28 police departments representing each of the provinces, the Oriental Hispanioeire Taemhwan Police and the Niueian Police, where each of these police units handles law enforcement at each of the entities in Phinbella.

Organization Without Cool Acronym (OWCA) is an official intelligence agency at the federal level in Phinbella. Before FPA was established, OWCA was among the sub-branches of PhAF. Each territories and entities in Phinbella has its own intelligence body like MATA in Cyberaya. The OWCA has handled and resolved major cases in Phinbella, such as the money laundering scandal among politicians and the case involving Dr. Heinz Doofenshmirtz and others. 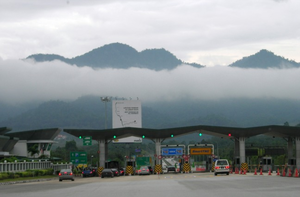 Phinbella has a technologically advanced transport network consisting of high-speed railways, highways, bus routes, ferry services, and air routes that crisscross the country. And also, Phinbellan Transportation Authority issues the own license plate, but Oriental Taemhwan Transportation Authority also issues too. Which means all of the vehicles in Phinbella must use a double license plate to cross the borders of Oriental Taemhwan territory if they want to go to a city in Phinbella that separated. The main national road network is the Strategic Route Network and Exit Number System covering more than 41,009 km. Phinbella has its own expressways network over 1,799 km long and maintained by the Phinbella Expressway Authority, it connects Phinbellan territories with regional units in Oriental Taemhwan and Niuē i Taman Lawang, it also including existing expressways in Phinbellan Maritime Territories, Permata Mutiara and Ross Dependency. Expressways in Phinbella are quite special as they can only be traversed by car, bus, motorcycle, bicycle, rickshaw, ox and horse carriage, each highway has only six lanes and two lanes of motorcycles. The national speed limit on roads is 85 km/h and on highways and expressways is 120 km/h. Express bus terminals are available in most cities.

There are currently 2,431 kilometers of railway line in Phinbella, of which 767 km (477 mi) are double tracked and electrified. Rail transportation in Phinbella includes heavy trains, fast transit and monorail, and funicular railway tracks. Heavy trains are mostly used for passenger and intercity transport as well as some urban public transport, while LRT is used for urban public transport within the city. There are commuter rail services linking Rintis Island or Ume Momo with the city of San Fransōkyō and on the other, it connects Negara Awan with the New Territories International Airport in the New Territories. Monorail services are public transport services in several cities such as Negara Awan, Cyberaya, Martin-de-Viviès, Danville, Liancourt Rocks, Cyborges, Springwind Islands, San Fransōkyō, Suramadu and Kéijō, Maritimii-Maxhestics in the future will have monorail service and is expected to be built by RP 2616. Phinbella Railway Network has provided regular services to all available cities throughout Phinbella including Oriental Taemhwan and Niue i Taman Lawang, while the Phinbella Maritime Territories and the People's Corridor Territory of Permata Mutiara have their own railway network. The Phinbella Train Network also provides ETS services that use electric trains, it also provides a commuter service system known as "PRN Komuter". The Phinbellan high-speed rail system, PRN-KTX, has provided high-speed services along the Sinaran Pagi Line, Coastal Line and Senandung Malam Line.

The energy infrastructure sector in Phinbella has been largely dominated by Tenaga Phinbella, Phinbella's largest electric utility company and other electrical utility companies, Permata Energy and Straits Electricity have provided electricity utility services only in the Phinbellan Maritime Territories and Permata Mutiara. Massive electricity generation in Phinbella is based on wind energy and solar energy. Wind power in Phinbella until RP 2616 it has achieved a installed capacity of 8,109 MW, meanwhile 4,428 MW of which is located offshore especially off the coast of New Territories, Rintis Island, Cyborges and Springwind Islands in particular, as well as in Permata Mutiara. As many as 3,000 turbines have been installed in Phinbella since RP 2615 has provided 42 per cent of its electricity demand during the year. Tenaga Phinbella, Permata Energy and Straits Electricity are responsible for the offshore wind farm project in Phinbella. Solar energy in Phinbella has an installed capacity of 5,280 MW of photovoltaics by the end of RP 2615. 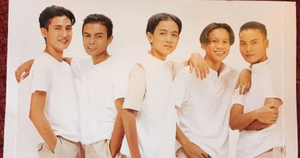 Since the beginning of 2009, Gelak Khas is a first community policing drama series in Phinbella before Metro Squad and Roda-Roda Pulau Rintis (Wheels of Rintis Island), it is Phinbella's version of the Gerak Khas series are aired on KBS 2TV and is still aired today.