The Mercury national football team is the football team which represents the micronation of Mercury. The team is the official successor of Barrington and Wyke, the latter of which played in no FMF-affiliated matches, and as such retains their records. It is a member of the EMUFA and is run by the MeFA.

The Mercury national team was founded with the successful transition of Wyke's lands to Mercurian rule in early 2011. Wyke's national side was the successor of Barrington's but played no matches. Barrington first competed in the 2010 World Cup qualifiers, where the team finished their group in second-last place, failing to win a single game.

In preparation for the 2011 qualifiers, the renamed Mercury team took on Craitland in a two-legged friendly match. In the away leg, Mercury showed an impressive amount of promise, but were defeated 3–2. They lost the return leg two weeks later 1–0, but this result was a kick start for a vastly improved qualifying campaign, in which Mercury finished third in their group, qualifying for the 2011 EMU Championships. Mercury drew their opening game against Passas, before an unfortunate 1–0 defeat to Hamland. They then held out for three consecutive 0–0 draws, to finish fourth in the six-team group.

Prior to the following year's qualifiers, the team took part in the inaugural friendly Four Nations Internationals tournament, beating North Antarctica in the two-legged final. The team continued their run of form into the qualifiers, where they won their five-team group without losing a match to qualify for their first World Cup, in which they finished third in their group, losing out to Craitland on goal difference. In the fourth EMU Championships, which Mercury hosted, the team won their group and beat Interland in the semi-final, before losing to Hamland on penalties in the final. Later in the year, Mercury organised and competed in the first Territories Cup, where the team won the football tournament by beating Nova England in the final.

The team topped their 2013 qualifying group unbeaten with ease to reach the World Cup and EMU 2013 with 14 points. In EMU 2013, the team topped their group with six points, before losing their semi-final to hosts and eventual champions Interland, but beat Nova English Korea in the third-place play-off. The team's success continued into the World Cup, where they advanced from their group on goal difference, with six points, before beating Interland 5–0 in the quarter-finals. Following a victory over Craitland on penalties in the semi-finals, the team finished as runners-up after a 1–0 loss to Hamland in the final.

In the 2014 qualifiers, the team topped their four-team group with 15 points to reach their third World Cup finals. The team also qualified for EMU 2014, where they advanced from their group unbeaten before beating Hamland on penalties and Passas 2–0 in the semi-final and final, respectively, to win their first ever title. The team's success continued into the World Cup, where they topped their group thanks to three 2–0 victories before beating Elwynn 3–2 and Senya 1–0 to reach the final for the second consecutive year. After drawing 1–1 with Hamland after extra time, the team won on penalties to secure their first ever FMF World Cup title.

As reigning champions, Mercury were not required to enter qualification for the 2015 FMF World Cup after being awarded an automatic berth. In the finals, the team topped a tricky group unbeaten with ten points and progressed directly to the quarter-finals, where they were beaten 3–2 in extra time by Tellia.

In 2016, as holders of the EMU Championships, Mercury qualified automatically for the year's tournament and instead competed in the inaugural FMF Confederations Cup, where they topped their group with twelve points before beating Calbion and losing to Gerenia in the final to place second. In the EMU Championships, the team advanced from their group with four points, ahead of Valencia on goal difference, but lost on penalties to Nova England in the semi-finals before beating Talenore 3–2 to finish third.

The team's good form continued into the 2017 FMF World Cup qualification rounds as they finished top of their five-team group with 21 points and qualified for a fifth successive World Cup. In the finals, the team topped their group unbeaten with ten points to advance to the quarter-finals, where they overcame Vyktory 2–1. After being beaten by hosts Senya on penalties in the semi-final, the team then lost 4–2 to Alexandria to finish in fourth place.

After winning the hosting rights to EMU 2018, Mercury qualified automatically and instead participated in the 2018 FMF Confederations Cup, where they topped their group unbeaten with 16 points. After losing to Birgeshir on penalties in the semi-finals, they defeated the Kingdom of Coria 4–1 to finish third. At EMU 2018, the team were very successful. After topping their group with nine points after winning all three matches, they beat holders Passas after extra time in the semi-final and overcame Caputia 2–1 in the final to earn a second EMUFA crown on home soil.

In the 2019 World Cup qualifiers, the team won all ten of their matches as they finished top of their six-team group and qualified for a sixth consecutive finals. The team's winning run continued into the finals, where they topped their group with twelve points before beating Talenore 1–0 in the quarter-finals. After overcoming hosts Birgeshir on penalties in the semi-final, they ultimately lost the final 1–0 to Senya to finish as runners-up.

As holders, Mercury qualified automatically for the 2020 EMU Championships and the team participated in the year's FMF Confederations Cup, where they topped their four-team group with eleven points to advance to the semi-finals. After beating Batavia, the team won the final 2–0 over Senya to become the first nation to lift both the Confederations Cup and World Cup. At EMU 2020, the team topped their group after winning all their matches before beating hosts Sanpantul 2–1 in the semi-finals and Talenore 1–0 in the final to lift a joint-record third EMUFA title.

In the 2021 FMF World Cup qualification rounds, the team finished top of their five-team group with 21 points and qualified for a seventh finals. In the finals, the team advanced from their group as comfortable winners with twelve points to advance to the quarter-finals, where they were eliminated by a shock 2–1 defeat to tournament débutants Meckelnburgh.

As reigning champions, Mercury qualified automatically for the 2022 EMU Championships and also received a place in the year's FMF Confederations Cup, where they finished top of their group unbeaten before losing to Craitland on penalties and Floria 2–1 in the knock-out stages to place fourth overall. At EMU 2022, they advanced from their group as winners with nine points after winning all three games to reach the semi-finals, where they beat hosts Phinbella on penalties to reach a third consecutive final. However, they lost to Nouvelle Alexandrie, also on penalties, in the final to place second overall. 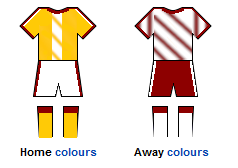 Mercury has used the following flag during the entirety of its FMF affiliation: