The Meckelnburgh national football team (Alexandrian: Équipe du Meckelmbourg de football; Aspiranto: Nacia Futbalo-Teamo de Mekelnburgo) is the association football team which represents the micronation of Meckelnburgh. It is a member of the AEFA, and is run by the Royal Meckelnburgh Soccer Federation.

Meckelnburgh's unexpected run to the 2021 World Cup semi-finals sparked a number of memes on social media sites such as Tweeter.

The team was founded in mid-2020 after Meckelnburgh's Micrasian claim was successful. They first competed in the 2021 FMF World Cup qualification rounds, performing well to finish top of their five-team group with 21 points and qualify for the finals at the first time of asking. In the finals, the team advanced from their group in third place with five points before overcoming Sanama 2–1 in the play-off round in a surprise victory. The team caused a further upset in the quarter-finals by beating previous champions Mercury 2–1 before losing narrowly to Craitland in the semi-finals and then 4–1 to Senya to place fourth overall on their tournament début.

In the following year's Copa Apollonia qualifiers, the team topped their five-team group unbeaten with twenty points and secured their place in the finals, where they were eliminated in the group stage after finishing bottom of their group with three points. 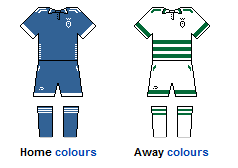 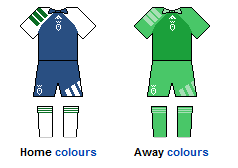 Apolline Renaud signed on as the first manager of the Meckelnburgh team in June 2020, previously managing the Alexandretta Royals.

Meckelnburgh has used the following flag during the entirety of its FMF affiliation: