The Craitland national football team is the football team which represents the micronation of Craitland. The team is a member of the WMFA, after originally being affiliated to the EMUFA, of which it was founding member. It is also a founder of the FMF, and is run by the CrFA.

The team is the most successful national side on Micras, having won the FMF World Cup on four occasions (2007, 2008, 2010 and 2011), the EMU Championships in 2011, the 2018 Benacia Cup, and also the 2022 FMF Confederations Cup. The Craitish national side is also the only one to have appeared in every edition of the FMF World Cup finals to date, and was the first to appear in the finals of, and win, two separate confederational championships.

Craitland was one of the founding members of the FMF when the organisation was created in October 2006 prior to the first FMF World Cup. The national team competed in the tournament, reaching the quarter-finals before being knocked-out by Nova England on penalties.

After a successful qualifying campaign in 2007, Craitland advanced from their finals group on goal difference. After beating Alexandria and Passas, a 1–0 win in the final against co-hosts Tokidoki brought the team its first ever title. Later in the year, Craitland competed in the first EMU Championships, where they finished third.

The following year's tournament was less of a success for the Craits, with a semi-final loss to hosts Alexandria meaning that the third-place play-off would be the furthest they would go. However, a 5–2 victory over Beaugium sealed third place for the team. The 2009 EMU Championships were played prior to the World Cup, where Craitland improved on their previous result by coming second after losing to Passas after extra time.

In 2010, Craitland had to qualify for the World Cup for the first time since 2007, doing so by virtue of goal difference in their group. In the finals, the Craits eased their way into the knock-out stages, in which they conceded no goals on the way to their third World Cup title, beating hosts Hamland in the final.

Craitland hosted its first ever international tournament in 2011; the third EMU Championships. In doing so, the national team sealed its first EMU title with a comfortable win against Hamland. After yet again receiving automatic qualification to the World Cup, Craitland came through their group, despite losing their last match to Tellia, before a nervy knock-out stages which included penalties against Alexandria. Craitland sealed their fourth title in a closely contested final against hosts Shireroth thanks to a last-minute goal.

The team competed in both the 2012 FMF World Cup and EMU 2012 after gaining automatic qualification by winning the previous versions of the two tournaments the year before. In the World Cup, the team finished second in their group with four points, ahead of Mercury on goal difference, before being well-beaten 3–0 by eventual runners-up Alexandria in the quarter-finals. In EMU 2012, the team topped their group on goal difference ahead of Nova English Korea before losing in the semi-finals to Hamland, but beat Interland 4–3 in extra time in the third-place play-off.

Craitland competed in the 2013 qualifying rounds; their first since 2010, where they topped their four-team group unbeaten with 14 points, sealing the team's place in both the World Cup and EMU 2013. In EMU 2013, the team finished second in their three-team group after drawing both of their matches; the first time Craitland failed to progress past the group stage of a tournament finals. The team's fortunes improved in the year's World Cup, as they topped their group with three wins, and advanced through the quarter-finals on penalties against North Antarctica. The team lost their semi-final on penalties to Mercury, however, before also being beaten in extra time in the third-place play-off by Alexandria.

In the 2014 qualifiers, the team topped their four-team group unbeaten with 16 points to reach their ninth World Cup finals. The team also qualified for EMU 2014, but again went-out at the group stage after finishing second behind Passas by virtue of a 2–1 loss. In the World Cup, the team topped their group after winning their three games before overcoming Birgeshir in the quarter-finals. After losing 1–0 to Hamland in the semi-finals, the team beat Senya 3–1 to place third. Soon afterwards, Craitland switched its allegiance to the WMFA confederation.

Craitland successfully bid to host the 2015 FMF World Cup, and therefore gained automatic qualification to the tenth staging of the tournament. Despite losing their opening match, the team topped their five-team group with nine points and advanced directly to the quarter-finals, where they were narrowly beaten 1–0 by eventual champions Hamland to be knocked-out.

The team's first qualifiers since switching confederations saw them finish top of their six-team group unbeaten with 26 points to advance to the finals. In their Benacia Cup début, Craitland advanced from their group with three points, but lost on penalties to hosts Elwynn in the semi-finals before beating Karalakh 3–0 to finish in third place.

In late 2016, Craitland co-founded the Treesian Memorial Cup and competed in the inaugural edition prior to the 2017 World Cup qualifiers, where they finished first by virtue of goals scored. In the qualifiers themselves, the team finished top of their four-team group with 15 points; placing ahead of Shireroth by virtue of goal difference, and advanced to their eleventh World Cup finals. In the World Cup, the team topped their group after winning all four of their matches and sealing a place in the quarter-finals as a result, where they lost 3–1 to eventual champions Tellia.

The team competed in the 2018 Benacia Cup qualification rounds, where they topped their five-team group with 24 points, gaining a 100% qualifying record for the first time in the process, to qualify for a second finals. In the Benacia Cup, the team finished second in their three-team group with three points to advance before overcoming Tellia on penalties in the semi-finals and Shireroth 2–1 after extra time in the final to become the first team to win titles in two separate confederations.

Craitland competed in the 2019 Treesian Memorial Cup ahead of the year's qualifiers, securing a second title after winning both of their matches without conceding. In the qualifiers soon afterwards, the team finished top of their five-team group with 19 points and became the first nation to qualify for a twelfth consecutive finals. In the finals, the team finished second in their group with nine points to advance to the play-off round, where they comfortably beat Freeland, before being defeated by hosts Birgeshir 2–1 in the quarter-finals.

As holders, Craitland qualified automatically for the 2020 Benacia Cup and the team participated in the year's FMF Confederations Cup, where they finished bottom of their four-team group with four points. In the Benacia Cup finals, the team performed better and topped their group with six points before beating hosts Batavia 5–0 in the semi-finals, but lost on penalties to Sanama in the final to finish as tournament runners-up.

In the 2021 FMF World Cup qualification rounds, the team finished top of their five-team group with 24 points after winning all of their matches and advanced to the finals, continuing their record of appearing in every World Cup to date. Craitland then competed in the 2021 Treesian Memorial Cup, winning once and losing once to finish as runners-up for the first time. In the World Cup, the team advanced from their group as winners with ten points to advance to the quarter-finals, where they overcame Thracistan 3–0 before beating surprise package Meckelnburgh 1–0 in the semi-finals to appear in a record fifth final match. However, the team lost 1–0 to hosts Floria and finished as World Cup runners-up for the first time.

After reigning champions Sanama were announced as the hosts of the 2022 Benacia Cup, Craitland were awarded the tournament's other automatic berth as the previous edition's next-best-placed team and were also invited to take part in the year's FMF Confederations Cup. In the Confederations Cup, the team finished second in their group with eleven points before beating Mercury on penalties and Senya 1–0 in the final to win the competition for the first time, completing the set of possible trophies to be lifted.

Craitland's traditional home colours are those used on the nation's flag. The team's home kit has always been predominantly all-white, with trim of blue and red being most common. The team's away kits have changed the most since being first used in 2006, but have remained primarily shades of either red or blue, or both. Goalkeepers have worn an array of different colours, including green, yellow, black, purple and turquoise, with none particularly standard throughout the years of the team's FMF affiliation. Craitland used kits supplied by Nike between 2006 and 2015, Macron between 2015 and 2018, and Puma between 2018 and 2021, with Under Armour succeeding manufacturing rights from mid-2021 onward. 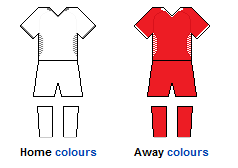 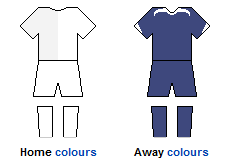 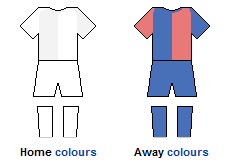 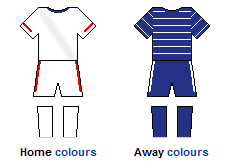 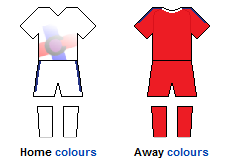 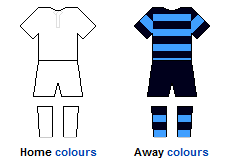 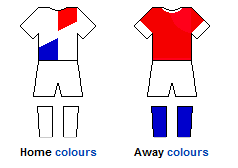 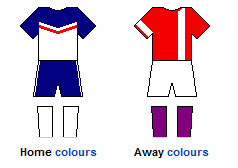 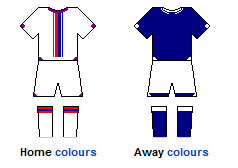 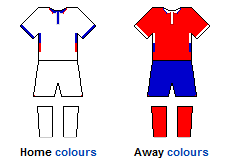 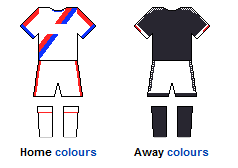 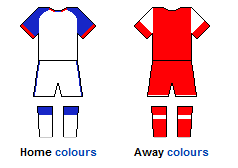 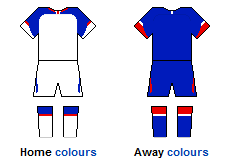 For home international matches, Craitland primarily use the Oesst Whiteside stadium, with the majority of the team's qualifying matches and friendlies having been played here. This stadium is used domestically by Cherry Trees FC, in CrFA League 1, and it is the largest stadium in the nation with a capacity of 68,000. Additional stadiums include the 57,000-seat Oesst Harbór Arenä in Osĵätoņ, Oesst Darrä Arenä in Hänävissen-ó-Cräiteland and Tiem's Jämtfall Stadión, which have all hosted more than three national team home games outside of tournament finals.

Five further CrFA League 1 stadiums have been used for Craitland's hosting of both the 2011 EMU Championships and 2015 FMF World Cup, and are therefore accepted by the FMF to host high-profile international football games. Craitland have played at four of these at least once.

Due to Craitland's FMF affiliation dating back to the organisation's foundation in late 2006, the national team is one of the most experienced on Micras, having played more than two hundred and sixty official intermicronational matches. As such, to date, over one hundred individual players have represented Craitland in both competitive and friendly fixtures combined. Since Craitland's début match, four managers have taken control of the team, three of whom are Craitish, with the current Senyan manager the first foreigner to coach the team.

Craitland has used the following flag during the entirety of its FMF affiliation: