The team was founded in 2019 after Thracistan's Micrasian claim was successful. Later in the year, Thracistan joined with Antakia to form the Thraci Confederation but retained its separate FMF membership. The team's first competition was the inaugural AEEU Nations Cup early the following year, where they were eliminated by Freeland to place third. In the 2020 Copa Apollonia qualifiers, the team finished third in their six-team group with twenty points, missing-out on a place in the finals on goal difference. The team later played in the 2020 Noka Cup, where they finished bottom of their group after losing all three matches.

In the 2021 FMF World Cup qualification rounds, the team finished top of their five-team group with 19 points and qualified for a first World Cup finals. In the finals, the team advanced from their group in third place with four points before upsetting Tellia 1–0 in the play-off round, but were eliminated by Craitland in the quarter-finals.

In the following year's Copa Apollonia qualifiers, the team topped their five-team group with 17 points and secured their place in the finals, where they were eliminated in the group stage after finishing bottom of their group with three points. Soon afterwards, Thracistan switched its regional affiliation from the AEFA to the CTFA before the team was dissolved and superseded by the unified Thraci Confederation side. 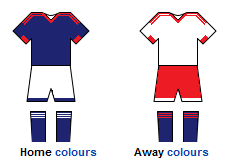 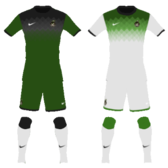 Thracistan used the following flags during its FMF affiliation: