The team was founded in early 2019 after Phinbella's Micrasian claim was successful. In the 2019 World Cup qualifiers soon afterwards, the team finished bottom of their five-team group without any points, having lost all eight of their matches. The team then competed in the 2019 Emerging Nations Cup, losing their quarter-final on penalties to Goëtia after a 1–1 draw before switching its confederation to the EMUFA. In late 2019, the team competed in the first Noka Cup, finishing bottom of their group after losing both matches.

In the following year's EMU qualifiers, the team improved significantly and topped their five-team group with 18 points, ahead of three-time champions Passas, to qualify for a first finals. Later in the year, the team competed in the second Noka Cup, this time as hosts, where they topped their group unbeaten before overcoming Sanpantul in the semi-finals but losing to New Vaduz in the final. At EMU 2020, the team finished third in their group with three points.

In the 2021 FMF World Cup qualification rounds, the team finished top of their five-team group unbeaten with twenty points and qualified for a first World Cup finals, where they were eliminated at the group stage with a sole point to their name. Later in the year, Phinbella joined with Forajasaki to form the Phineonesian Confederation, with each constituent nation retaining its separate FMF membership.

As reigning champions, Natopia qualified automatically for the 2022 CiboTap Championships and also received a place in the year's FMF Confederations Cup, where they finished bottom of their group after drawing just one of their six matches.

After bidding successfully, Phinbella was announced as the hosts of the 2022 EMU Championships, granting the team an automatic berth in the finals and also a place in the year's FMF Confederations Cup, where they finished bottom of their group with three points. At EMU 2022, they advanced from their group in second place with five points to reach the semi-finals where they lost on penalties to reigning champions Mercury before also losing to The Hexarchy 2–1 in the third-place play-off to place fourth overall on home soil. Later in the year, the team was invited to participate in the Daau Opening Tri-Nations Series, where they won the competition after beating hosts Daau and drawing against Krasnovlac. 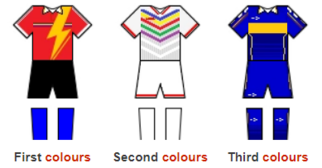 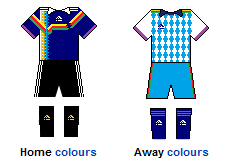 The following players were called up to the initial squad for the 2022 EMU Championships.

The BoBoiBoy ARMY (BoBoiBoy Adorable Representative MC for Yours) is the name of the major supporter group for the national team of Phinbella. They are known for their high fanaticism and support towards the national team, and are usually found standing for the entire length of every international match the national team plays. The main colours these supporters wear are those found in the canton of the Phinbellan flag, often accompanied by yellow scarves and banners. These supporters always bring flares, drums and large national flags to matches where possible.

Phinbella has used the following flags during its FMF affiliation: