The Gerenia national football team was the football team which represented the micronation of Gerenia. It was a member of the AEFA, and was run by the SZG.

The team existed twice in the FMF's history; firstly between mid-2012 and 2013, and secondly between late 2013 and 2018, and was seen as a force in Micrasian football, having won the 2014 Copa Apollonia and 2016 FMF Confederations Cup.

The team was founded in mid-2012 after Gerenia's Micrasian claim was successful. Later in the year, the team competed in the inaugural Senyan School International Tournament, where they finished second with eleven points, one point behind Zeeburg.

In early 2013, the team competed in the second edition of the Four Nations Internationals, finishing in third place with five points. Gerenia's success continued into the year's World Cup qualifying, where they finished an unbeaten second in their group behind Hurmu by a point to reach the 2013 Copa Apollonia. In the finals, the team drew all three of their group games to advance on goals scored, but lost their semi-final and third-place play-off to eventual champions Hurmu and hosts Senya, respectively, to finish fourth. Gerenia left Micras in late 2013, but returned shortly afterwards.

In their first qualifying campaign since returning to Micras, Gerenia topped their group unbeaten with 22 points to reach the 2014 FMF World Cup finals. The team also qualified for the 2014 Copa Apollonia, which Gerenia successfully bid to host, where they topped their group without losing a match, beat Senya on penalties in the semi-finals, and were victorious over North Antarctica in the final to claim their first ever trophy. In the World Cup, the team were less fortunate as they finished third in a tough group with four points, one point behind eventual runners-up Hamland, and failed to advance.

Gerenia's success continued into the 2015 qualifiers, where they lost only once on their way to topping their five-team group with 21 points to reach the finals. In the World Cup, the team finished second in their group unbeaten with six points and advanced to the play-off round, where they beat North Antarctica 1–0. The team then beat Talenore 2–1 in the quarter-finals before losing their semi-final to Tellia and then being beaten by Passas to end-up in fourth place.

In 2016, as holders of the Copa Apollonia, Gerenia qualified automatically for the year's tournament and instead competed in the inaugural FMF Confederations Cup, where they advanced from their group with eight points before beating both Hamland and Mercury in extra time to win the title. In the Copa Apollonia, the team topped their group with three wins to advance to the semi-finals, but were beaten 3–1 by Senya and then 2–1 by Gotzborg to place fourth.

The 2017 World Cup qualifiers saw Gerenia top their four-team group unbeaten with 16 points to advance to a third finals appearance. In the finals, the team narrowly advanced from their group in third place with four points, ahead of Gotzborg on goal difference, before being beaten on penalties by débutants Jingdao in the play-off round.

The team competed in the 2018 Copa Apollonia qualification rounds, where they topped their six-team group unbeaten with 28 points to qualify for the finals. At the Copa Apollonia, the team were less successful and finished third in their four-team group with three points; failing to advance for the first time. Gerenia left Micras later in the year after being declared dead.

Gerenia's home kits had blue shirts with white vertical lines, blue shorts and blue or white socks. Their away kits had red shirts, and white shorts and socks. In the 2012 Senyan School International Tournament, the away kit consisted of white shirts and socks, and blue shorts. The SZG's logo was worn on the left side of the shirt, where the human heart can be found. Local company Aeroton was the main designer of the Gerenian kits. 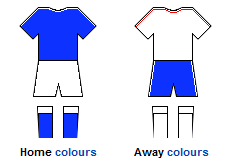 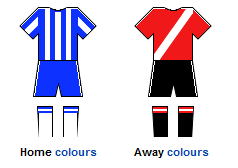 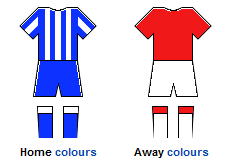 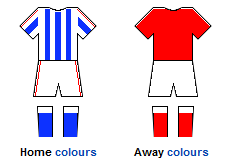 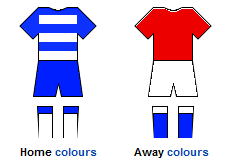 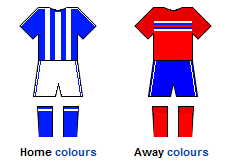 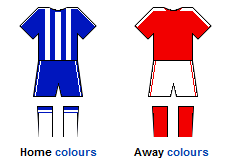 Gerenia used the following flags during both of its FMF affiliations: