The Calbion national football team is the football team which currently represents the micronation of Calbion, and previously represented the Brettish and Jingdaoese autonomous territories of the same name. It is a member of the CTFA, and is run by the CFA. The team is the official predecessor and successor of New Calbion.

Calbion applied successfully to join the FMF after the territory was founded by Jingdao in early 2013. Calbion was dissolved later in the year and the national team was integrated into the Jingdaoese side. Calbion was reëstablished as an autonomous territory of the Brettish Isles in early 2014 and the team rejoined the FMF.

In their first qualifiers, the team finished second in their five-team group with twelve points, behind North Antarctica and missing-out on qualifying on goal difference. Later in the year, the team competed in the inaugural Lions Cup, which they won after winning all six of their group games comfortably. Soon afterwards, Calbion gained independence after seceding from the Brettish Isles.

In 2016, Calbion successfully bid to host the year's CiboTap, qualifying automatically as a result, and instead competed in the inaugural FMF Confederations Cup, where they advanced from their group with eight points before losing to Mercury and Hamland to place fourth. In CiboTap 2016, Calbion advanced from their group with two wins before being well-beaten by Alexandria 4–1 in the semi-finals. However, the team overcame Zandarijn 2–1 in the third-place play-off to finish third in their first finals.

In 2017, prior to the completion of the year's qualifying rounds, Calbion was annexed by Jingdao. In the qualifiers, the team finished top of their five-team group without losing a game and advanced to their first World Cup finals, where they gained four points as they finished fourth in their group.

The team competed in the 2018 CiboTap Championships qualification rounds, where they topped their four-team group with 13 points to qualify for the finals. At CiboTap 2018, the team finished third in their four-team group with four points and failed to advance before Calbion left Micras once again after Jingdao reduced its land claims. The team was shortly succeeded by New Calbion following this but played no further matches.

Calbion once again returned to Micras in mid-2020. The team's first post-hiatus appearance was in the 2021 FMF World Cup qualification rounds, where they finished top of their six-team group unbeaten with 28 points to qualify for a second World Cup finals. In the finals, the team advanced from their group by virtue of goal difference in third place with five points before overcoming Talenore 1–0 in the play-off round, but were narrowly eliminated by Senya in the quarter-finals.

In the following year's CiboTap qualifiers, the team finished top of their five-team group unbeaten with 22 points and qualified for a third CiboTap finals. At CiboTap, they advanced from their group unbeaten as winners with seven points to reach the semi-finals where they beat Greater Sangun 3–0 before also overcoming Natopia 1–0 in the final to lift their first ever championship trophy. 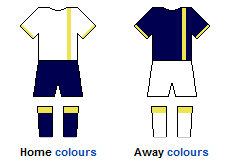 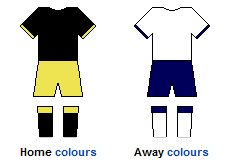 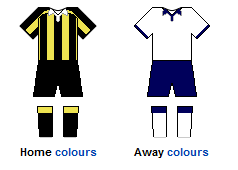 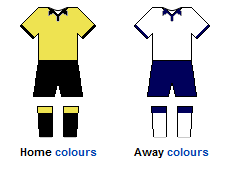 Calbion has used the following flags during its three FMF affiliations: