Frederik Harald des Vinandy Ayreon-Kalirion ibn al-Majeed bin Sathrati af Ettlingum Freyu de Ravarie (born at Castle Islàn in Hyfrost, 13 X 1682 AN) is a Lord Imperial and Royal from the Lands of Björtolfia. He is the elder twin brother of Ærinndís Theodora of Lyonesse. As third in the Line of Succession to the White Orchid Throne, Frederik Harald holds the title of Earl of Markland.

Born from the marriage of Arkadius Frederik Gustavus des Vinandy and Esther of Anglia, Frederik Harald, is the first child born to the Imperial Couple aforesaid; he is Arkadius' fourth child and third son, and Esther's first child and first son. 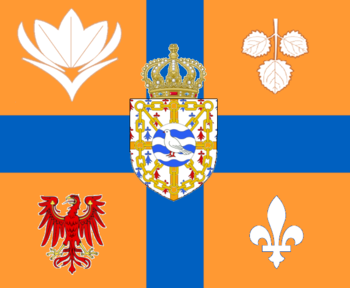 By rights Frederik Harald belongs to the following Houses:

Frederik Harald is entitled to the following styles: