The Islamic Internet Republic (Islamitische Internetrepubliek, IIR) is the successor state of the Republic of the Netherlands (Republiek der Nederlanden). It was restored in 2020 and later renamed to New Batavia.

The Second Republic had a tendency towards inactivity. This has often been attributed to the country's lack of distinct identity viz-à-viz Flanders and Batavia. There also grew other tensions, especially between Frans and Nihill Romez.

In May 2010, the country witnessed a 'revolution': President Romez was apparently removed by a coup, with the coupists abusing forum powers, temporarily prohibiting him from accession to the country's forum. The allegations of this being a coup were denied by Saladin, a newcomer whom Romez believed to be the same person as Frans and whom he believed to have been behind the recent events. Romez, in turn, was being accused of being a Batavian mole, always striving to undermine the Republic.

In any case, Romez' (forced) absence allowed for Prime Minister Vermussen to assume presidential powers, and call for new presidential and pariamentary elections, whereby Saladin became President and the new parliament was composed of Frans and Vermussen. This new parliament quickly discussed and approved a new constitution, which was subsequently approved by referendum, installing the Islamic Internet Republic.

There were two important political parties: the Islamic Revolutionary Party and Fresxa Komenci. Next to a lot of foreign intrest by the media, there was one national newspaper: Jumhuriya.

Personal antagonism between Frans and Nihill Romez reached a climax in the months after that. Tzipi, vizier of finances, robbed the entire treasury. The money was transferred to a Batavian account. The government fell, but new elections resulted in a stalemate. Government formation was extremely difficult. Sadr Saladin announced to go into exile on July 4th, 2011. He was followed by the resigning Grand Vizier, Xander, on July 6th.

The claim on MICRAS was cancelled on November 20th, 2011. Membership to the MTO was withdrawn on December 20th of that year.

On September 20th, 2013, the Government-in-Exile was offered sanctuary by the Republic of Mercury. The meetings are held in the City of Lucerne, which was originally founded by the New Batavian province during the era of the First Republic. Somewhere along the line Frans joined the exiles. On September 21st 2013 Frans was appointed Grand Vizier of the Government-in-exile.

In the fall of 2020, the Government-in-Exile saw a rapid succession of Grand Viziers due to the Restoration Crisis within the IRP. The party was split into two wings on the question whether and how to restore the Third Republic and resettle the lands on Micras. 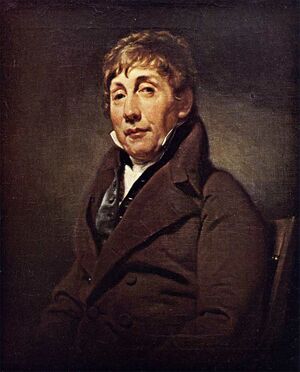 On October 31, 2020 the MCS accepted a claim to resettle the ancient island of New Batavia. On that same day, Redouan van Lucerne was re-appointed to the office of Grand Vizier. He called all exiles back to the homeland.

After the elections of a new Majlis-al-Shoera and a Sadr, a new constitution was adopted. It was approved by a referendum in November 2020, establishing the Fourth Republic.

The head-of-state is called Sadr, and is elected for a six months term. The first and only Sadr was Saladin.

Legislative power is vested in the Majlis-al-Shoera, an elected body, comprised of 100 members (or, more correctly: 100 votes, distributed among its members). Its sessions are presided over by the Sadr.

Judiciary power resides with the independent Supreme Court (Hooggerechtshof). Lower courts are to be established by law. Judges are appointed for life to ensure their independence.

However, all are regarded as equal before the law, regardless of creed. Freedom of religion is both constitutionally and quranically guaranteed.

A micronational economy was orginally set up in the era of the First Republic. The country's currency was orginally named "florijn". After the Islamic revolution the currency was renamed to "dinar". The economy suffered heavily due to the turmoil in the Third and Fourth Republic eras.

There was only one company:

On May 31, 2011 the newspaper Jumhuriya issued a press release: Tzipi, Vizier of Economy and Finance, transferred the entire treasury to a Batavian bank account. The economy came to a total standstill. The following events finally led to the exile of the IRP-led government.

Attempts were made to promote soccer in the IIR, though not very successful. The Islamic Internet Republic national football team participated in the 2011 FMF World Cup qualifications, but finished at the bottom of their group.