The Republic of the Nederlands (Republiek der Nederlanden) is the successor state of the Virtual United Provinces. 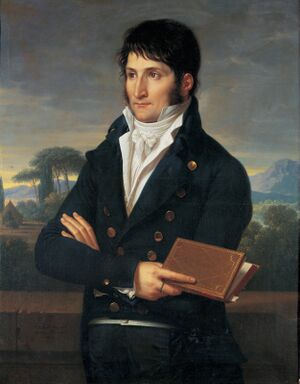 Floris V, first Prime Minister of the Republic of the Netherlands

The federal system of the Virtual United Provinces proved to be unworkable, largely due to the low levels of population of the provinces and territories, forcing the central authorities to assume more and more power. On June 11th, 2008, the provinces ratified a new constitution, thereby establishing a unitary state under the name of the Republic of the Netherlands (Republiek der Nederlanden).

The Republic was threatened by several existential crises. Not only did Flemish president Hieronymus Erasmus issue a declaration of annexation, apparently without the backing of his government and with little seriousness (see Breda Crisis). More fundamentally, there was the issue of the country's tendency towards inactivity. This has often been attributed to the country's lack of distinct identity viz-à-viz Flanders and Batavia.

There also grew other tensions, especially between Frans and Nihill Romez and their respective parties the Patriotic Alliance and Fresxa Komenci. Not only did Frans accuse Romez of neglecting the use of the country's national wiki, thereby abandoning, in Frans' view, the second founding principle of the country (besides federalism, which had already been abandoned previously), he considered the nation to be lacking seriousness and referred to it as a 'banana republic'.

After a turbulent period, the nation was renamed to Islamic Internet Republic in an attempt by Saladin to oust Nihill Romez and create a more distinct identity in the Dutch sector.

The Republic of the Netherlands was a parliamentary democracy, with a unitary legislature: the National Assembly (Nationale Vergadering). The title of the head-of-state was Voorzitter van de Republiek (President, or, more literally, Chairman of the Republic), who would appoint a Prime Minister as head-of-government. The Supreme Court was maintained. There were several court cases, often on the constitutionality of laws or certain actions. This amounted to the antagonism between Frans and Nihill Romez, which would eventually lead to the nation's demise.

A micronational economy was orginally set up in the era of the First Republic. The country's currency was orginally named "florijn". The establishment of the Dutch Treaty Organization made international trade possible within the Dutch sector.

Attempts were made to promote soccer in the Netherlands, though not very successful. The Netherlands national football team participated in the 2010 FMF World Cup qualifications, but finished at the bottom of their group.