Saladin was the nation's longest serving president, from 2010 AD to 2021 AD. He left office to become Sultan of Kurum Ash-Sharqia. 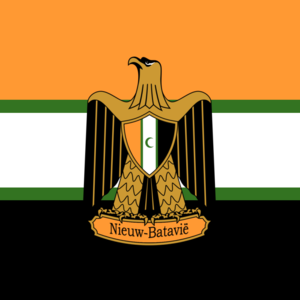 On December 13, 2020 the President refused to the sign the treaty between Hurmu and New Batavia because it was in English. The Supreme Court followed the President's argument. The treaty was translated into Dutch and re-submitted to the Majlis-ash-Shoera.

The president may be given emergency powers in case of "inactivity". This is a relic of the old Second Republic when micronationalism was differently organized.

The Virtual United Provinces were established in 2007 and featured a presidential system of government. The Stadtholder (Stadhouder) was the chief executive. In 2008 the nation became a parliamentary republic and the office of President or Chairman (Voorzitter van de Republiek) was created. Since then, the office didn't change much, except for the actual title. It was changed to Sadr in 2010 and again to President in 2020.

This is a list of heads-of-state of New Batavia and its predecessor states.