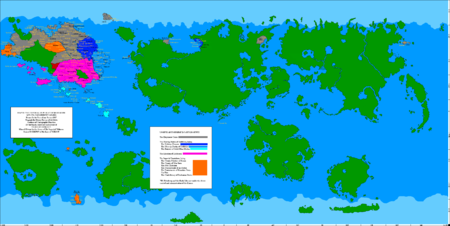 The Imperial States and Imperial Dominions of Shireroth during the reign of Kaiser Dominus, in 1644 AN.

The Duchies of Shireroth in 1707 AN, during Salome's reign, shortly after the Treaty of Gaelen's Landing. 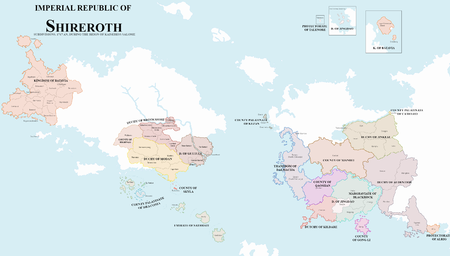 The Duchies of Shireroth in 1717 AN, during Salome's reign, after Li Suyi's Chastisement of the Hereditary Lords.

The Imperial Republic of Shireroth is governed through a number of subdivisions, of which the Duchy and Imperial Dominion is the largest administrative unit. While informally, those are often referred to as Imperial States. These Duchies and Dominions are in most cases further divided in a number of Provinces, Counties, Circles or Districts. Each territory retains a strong cultural identity, which place them sometimes at odds with central authorities in Shirekeep.

Duchies are the largest subdivisions possible. Prior to the Kalirion Fracture, those were divided into Baronies and further into Counties along old feudal lines. They are generally ruled by a Duke. An exception is the Kingdom of Batavia, the protectorates and territories which are ruled directly by the Golden Mango Throne or received a special status.

The Imperial States are in turn divided in a larger number of smaller, easier to rule, subdivisions. Depending on the State, these second-level subdivisions are governed by Counts, Barons,... according to the feudal ways of the past, or by governors who may - or may not - be appointed or even elected by the people or local assemblies. 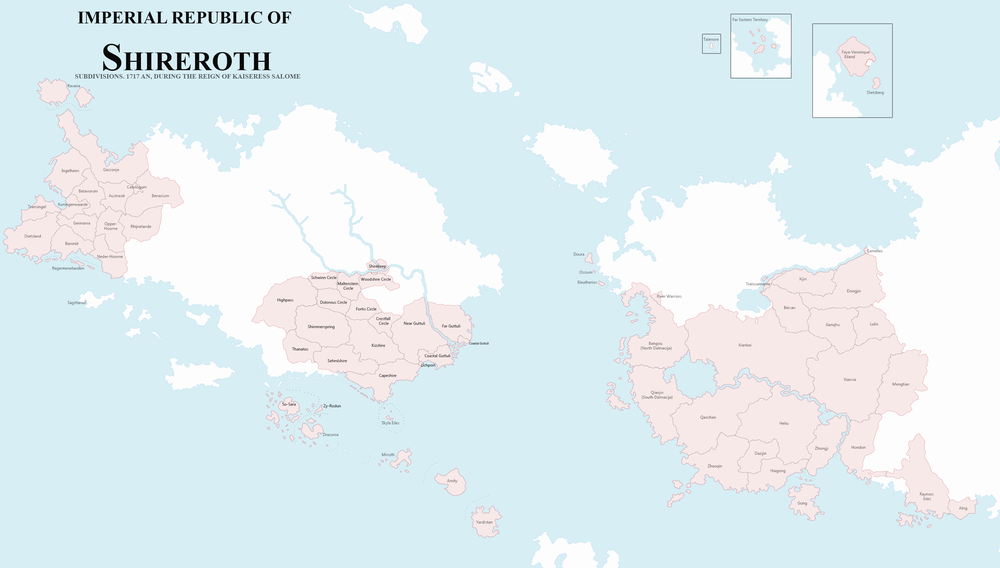 Second-tier subdivisions of the Imperial Republic
Retrieved from "https://micras.org/wiki/index.php?title=Subdivisions_of_Shireroth&oldid=272418"
Categories: