Shirekeep is the capital and chief city of Shireroth. When people refer to Shirekeep, they generally refer to the most ancient and central parts of the city, The Inner City. The population (1674) is 40,082,533 persons, making Shirekeep one of the world's most populous cities. The city has a high population density. It has had a reputation of being crowded, dirty, and polluted.

Data from the 1674 Shireroth census

Shirekeep is politically divided into Quarters, who each elect a Quarter Council to manage that particular area. This body elects one Provost to chair the Council for a 3 year period. The Provosts sit in the Council of Provosts, which constitutes Shirekeep's central elected body. However, the power of the city remains in the hands of the Prefect, who is appointed directly by the Kaiser.

The Prefect of Shirekeep (before 1577 AN called the Lord Mayor) is the, by the Kaiser appointed, ruler of the Imperial Capital and County of the same name.

The Prefectoral Palace was located the Boreal Quarter of Shirekeep and served as the administrative centre of the Prefect and his administration before it was burnt down during the Year of the Four Kaisers.

During the administration of Titus Morvayne the Prefect was advised and assisted by a Council of Provosts, an elected council divided along party political lines. The Council was however suppressed with the downfall of Titus. 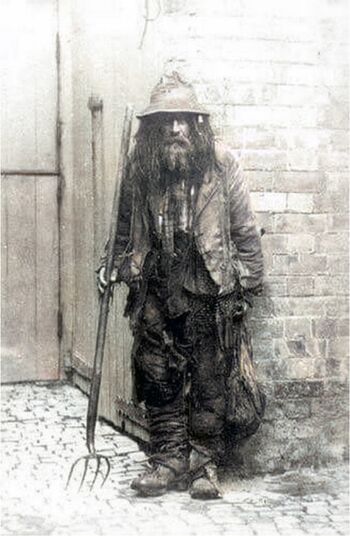 A noisome but indispensable denizen of the city, the dunporter is a man responsible for manually unclogging the groaning sewer network of the Imperial capital whenever, inevitably, the sewers built underneath the city by the Kaiser Dominus and his successors failed in the face of the sheer volume of human and industrial waste being forced through narrow confined spaces. So long as sewer eruptions are wished to be avoided, then dunporter will continue to remain integral to the operation of the city, no matter how badly he smells. A position of improbable privilege that the Dunporter's Guild continually strives to uphold.

The insanitary conditions of Shirekeep and its environs, including the Underkeep, long submerged in backed up effluent, have become infamous the world over and gave rise to a myriad of disease. The suspicion has been for many years that a great mortality has been kept at bay in the city only by the continual warring of the bacterial microbes as to which should give rise to the next exterminating pestilence.

A Shirekeeper may be readily identified by the discovery of the so-called "keep-blister", a putrid green bubo or blister, which may be found about the underside of the armpit, in the groin or on the neck of the sufferer. In a Shirekeeper it is the sign that the bacteriological warfare raging in his body has reached a stalemate and that the patient may expect to reach about the average age of someone resident in the city who does not die as a consequence of direct human intervention, which is to say forty-two years. For a person who has come from the countryside or less malignant or indeed more sanitary climes the discovery is usually swiftly fatal.