From MicrasWiki
(Redirected from Alrig)
Jump to navigationJump to search 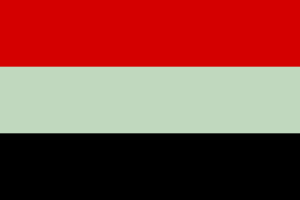 The Alriggian Syndicalist Republic (Alrig SR), formerly known as the Alriggian Autonomous Zone, commonly still known as Alrig, was an autonomous part of Jingdao, and later the Great Apollonian Empire, that was previously the heartland of the independent state of Alrig. It was annexed by Jingdao during the Jingdaoese-Alriggian War. While no conditions were given for the surrender of the territory, Jingdao had left most of the political structure of Alrig intact. The AAZ's first president was Luo Dai, who was also the last president of Alrig. She did not want to resign her position after losing a war to Jingdao, which she claimed was actually a victory because it brought Alrig under the glorious rule of the Chidao Emperor. As part of Jingdao, Alrig had focused on expanding its tourism industry, with Driftwood and Sint Anna becoming major resort cities within the empire. Downtown Driftwood especially is known for its nightlife, with its gambling, drinking and dancing.

In V.1703 Luo Dai, who had been president of Alrig since before the annexation of Alrig by Jingdao, which had since become the Great Apollonian Empire, lost the presidential elections to Edwin van het Dorreveld. President Van het Dorreveld rejected the idea of Pan-Jingdaoism but did not immediately call for independence from the Great Apollonian Empire. His refusal to enforce adherence to the rituals of the Tianchaodao still proved to be highly controversial in Daocheng, which ordered him to step down and replaced him by his predecessor Luo Dai. Protests broke out with thousand of protesters holding a sit in in front of the Council of Driftwood. When news of the Second Kildarian Revolution reached Driftwood, the Council of Driftwood gathered in an emergency session and decided that it would declare independence and restore President Van Het Dorreveld to his position.

The government was granted autonomy in 1704 AN as a syndicalist republic.