From MicrasWiki
(Redirected from Guttuli)
Jump to navigationJump to search 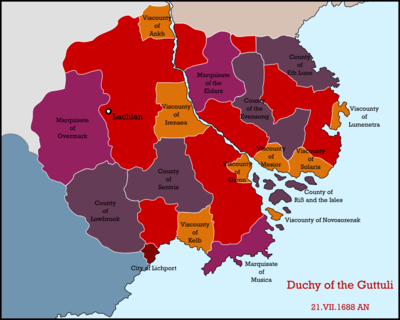 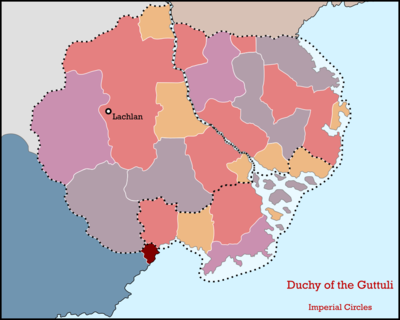 On 16.II.1697 AN, orders were drawn up to begin field deployment of the newly-trained army, and to perform exercises. These deployments were placed under a unified command of a Ŝḥenĉeł'yh Nypḥyk'u and named the the Lockenhasp Association, deployed along the border with Ransenar, and the Lowbrook Association, deployed along the border with Drak-Modan.

This deployment allowed for the thinning out of Brookshire troops deployed along these locations, having been a regular feature maintaining the peace in the Guttuli at the end of the war.