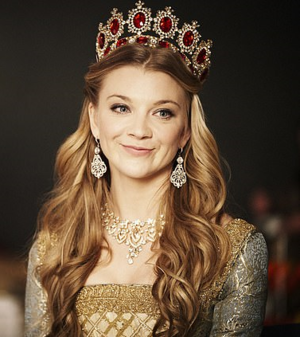 Beneluccas (Dutch: Benelukken), officially the Kingdom of the Benneluccas (Dutch: Koninkrijk der Benelukken), is a wikibased state on the border between the Captive Sea and the Sea of Storms. It consists of an archipelago of islands that are counted among the Skerry Isles.

The archipelago of the Beneluccas consists of three main islands with a further 172 smaller islands. The country has 310,000 inhabitants on an area of 171,360 km2. Only 12 of all islands are inhabited. The capital Schaarlecht is located on the island of Erasmus.

The name "Beneluccas" is a contraction of the first two letters of Belgium Netherlands and the addition of a derivative of Jazirat al-Muluk, which means "Island of Kings". The name was created by Erwin V.H. 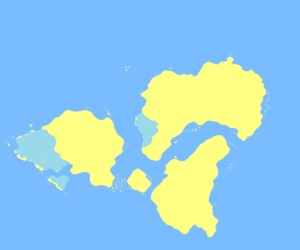 First detailed map of the Beneluccas

The three main islands are at the same time the three provinces of the Beneluccas with the nearby smaller islands:

In 1568 Flanders acquired the shared sovereignty over the Beneluccas. The other owner was New Cognito. After a long-drawn conflict over the property rights with the Ashkenatza Republic, Flanders and Ashkenatza closed the Treaty of Ruhatyn in 1592. In this, the management of the part of Ashkenatza was transferred to Flanders. The Flemish part formed the fifth region of Flanders. But Ashkenatza ceased to exist in 1607, as a result of which an uncertain period arose for the archipelago. In 1649, Flanders ceased to exist. A turbulent time of anarchy arose.

Until in 1667 the Congress of the Beneluccas was organized. In order to unify the archipelago and put an end to anarchy, Congress has decided to establish a Kingdom. Because Erwin V.H. is no longer active, Congress has gone looking for another candidate. The choice fell on Margaery des Vinandy.

De Beneluccas is a parliamentary constitutional monarchy. The queen is the head of state, but the government is formed by ministers. Ministers are led by a prime minister.

Legislature is a unicameralism parliament called Congress. The Congress is elected every five years, but can be dissolved earlier by the Queen. Several parties are represented in Congress, such as the Beneluccas National Party, the Progressive Socialist Party and the Liberal Alliance.

With this, the Pirates of the Beneluccas are more or less tolerated by the government.

The Batavian Trading Company has an important trading post in Schaarlecht. In addition, the company owns many plantations and is one of the largest employers of the Beneluccas.

In 1670 AN, the Iron Company established its presence in the Beneluccas. The Company had a previous historic connection with the Southern Beneluccas, through Marcus Lucius, Flemish representative of the Company who led a revival movement on the Southern Beneluccas during the Flemish period. The Iron Company opened its headquarters in Ruhatyn, as well as an entrepot in the capital of Schaarlecht. The Company signed several agreements with Beneluccan pirates to work for the company as privateers, in order not to jeopardise any ventures in the Captive Sea.