The bailiwicks of Elwynn (in Elw: nyraleq (singular), nyralyh (plural); literally "circle(s)") are the lowest form of autonomous government in Elwynn. They were first established in 1605 as a way to bring about efficient local government in the recently re-united Elwynn. Their borders and names have since largely remained the same for most of so-called Elwynn Proper. 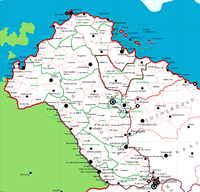 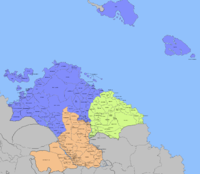 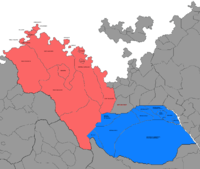 Below is a list of bailiwicks with their population, with their traditional county (if applicable) and autonomous country. For more demographics, see the 1697 Elwynnese census.