From MicrasWiki
(Redirected from Imperial Assembly)
Jump to navigationJump to search 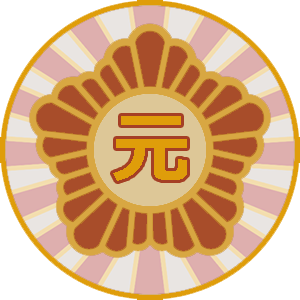 Emblem of the Yuan.

The Imperial Yuan is the lower house of the National Diet of Jingdao. The Seanad is its upper house.

The Yuan has 54 members, elected for a 90-ASC year term (three months). Each District has one seat, which grants a certain advantage to the rural Provinces with more districts. 28 seats are required for a majority. The predecessor of the lower house was the Imperial Assembly. 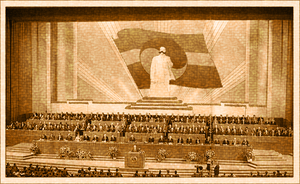 A special meeting of the Imperial Assembly.

The Imperial Assembly was the elective and legislative chamber of the Jingdaoese Empire during the Minshu Period. Elections were planned to be held every 15 daor (3 AN Years).

The Assembly came into power with the ascension of the Zettai Emperor to the Throne in 1631 AN. Original plans to establish it as a strong, independent legislative institution with more or the same amount of power as the Emperor were soon thwarted, after heavy protests of ultranationalists. This kind of limited constitutional democracy (for Jingdaoese standards still enormous) led to it being called the Minshu Period. The 1634 Elections even saw a landslide victory for the National-Centrist Party of the Rising Sun, with an election program which would further strengthen imperial power.

With the Sheng Restoration in 1640 AN, the Assembly stopped functioning. Criticism on the institution existed since its beginning: ultranationalists saw in it the decline of old fashioned standards, while progressives called it a rubber stamp institution. The result was that two factions tried - directly or indirectly - to undermine its existence and power. It would take until 1647 AN that new elections, now for a reformed Yuan, would take place.

The Xianfa Constitution introduced a reformed legislative chamber which replaced the now defunct Assembly. The Imperial Yuan, now endorsed by the Xianfa Emperor to quell the worst excesses of socialist agitation, was a success in terms of limiting a take over by progressives. It, however, gave men like Ming Wei and his Nokarodo Faction a place to express their ideology. When Ming Wei died in suspicious circumstances during the first year of the Hai Emperor's reign, this resulted in a heavy backlash. The outbreak of rebellion in the poorer, northern districts around Lake Christoph (the Xianbei Defiance) resulted in a crackdown on the socialist movements.

With most socialists in jail for supporting (or being perceived of having supported) a rebellion against the Imperial Household, new elections were held. The traditional Kuominliantang and Nokarodo Faction were swept away by the Badao Party, which under leadership of the Second Princess Yuling (and sister of the Hai Emperor) tried to strengthen imperial power.

With the outbreak of the war elections were put on hold, as the survival of the Realm prevailed. The war, especially among the millions of young people who were send to the fronts or factories, influenced many to rethink the existing political system. The mutinies in 1656 on the Dalmacijan front placed the Hai Emperor - and later the Meiyo Emperor - for new challenges and pushed the Jingdaoese elite further towards favouring stronger ties with its economical strong ally, Passio-Corum, and eventually establishing the Bassarid Federation. 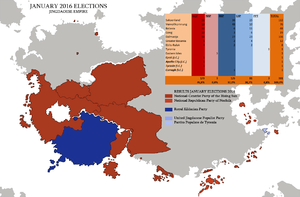 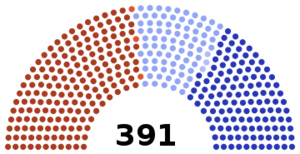 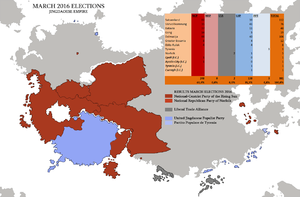 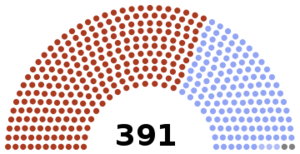 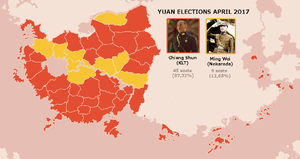 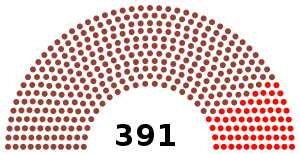 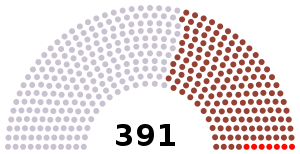 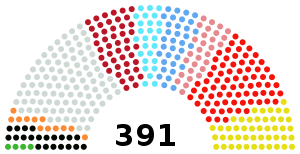