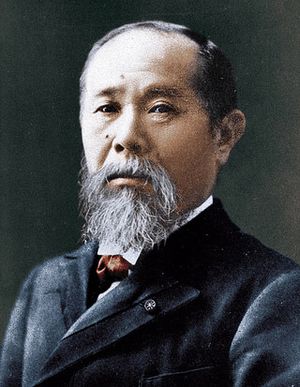 Zhang San, one of the most prominent members of the Guanchang Faction.

The Guanchang was a group of bureaucrats in Jingdao. They are particularly notorious for having aided the restoration of the Chidao Emperor on the the Heavenly Throne in 1659 AN. They are often seen as the most moderate faction within the government, as they pursue a stable growth of the economy and a passive stance in foreign politics. Politically they are closely aligned with the Shanghu, but disagree fiercely with its goal to pursue a more radical opening of the market to foreign countries.

Its establishment as an influential faction within the Grand Secretariat dates back to the legacy of Ching Fong, who was tasked with administering the country in a time of great distrust from the Emperor towards the armed forces. While mostly ignored and sometimes even banned from court affairs, he successfully laid the base of a group of capable and loyal bureaucrats.

The Bureaucrats are mostly conservative, support the expansion of the bureaucracy and push for centralisation of power to the Heavenly Court. They often shift their allegiances with the other factions to avoid that one of them can dominate the Gong Suweiai.