The term Chidao Constitution refers to the constitution that was named after and adopted during the reign of the Chidao Emperor, it succeeded the more liberal Xianfa Constitution which was effectively abolished by the Fanminzhu decree of 1659. Unlike the previous constitution, the Chidao Constitution is not the highest law of the Jingdaoese Empire, as it has the formal status of a tolerated law, rather than a decree signed by the Heavenly Light himself. Nevertheless, the constitution is an important document which details many of the workings of the Jingdaoese state. The original document was drafted in the Jingdaoese language and has never been published, let alone in the common Micrasian language. What follows is an approximation based on what sources in the Gong Suweiai have revealed about the document.

We, the Jingdaoese people, present this incomplete and fallible document to our Ruler, the greatest ruler of all rulers on Micras, the sole Representative of the Gods. We present it to Him so that it we may organize our state so it can better serve Him. We ask our Heavenly Light to tolerate it, even though our words are crude compared to what he would write himself. We do not try to bind His Will by this document, which only aims to organize us so we may serve him better.

The Emperor represents the Council of the Gods on Micras, he is the Heavenly Light that guides all the people towards salvation. The Jingdaoese people owe him their full allegiance and shall love him dearer than they love themselves or those who are close to them.

The Heavenly Throne shall be dynastic and lies in hands of the Erasmus Dynasty.

The Emperor shall be advised by the Grand Secretariat and His advisory councils.

When a regency is established, the regent shall not be able to assume all rights and privileges offered to the emperor, but only those that are granted to him by law.

Governors and Viceroys are appointed by the Emperor, or by a regent in case of a regency.

All people residing on the soil of the Jingdaoese Empire are expected to direct their worship to the Heavenly Light with all their heart and all their soul. They shall worship no god beside Him. Any attempt to subvert the special role of the Heavenly Light by worshipping other Gods directly shall be punishable by death. The Grand Secretariat may offer tolerance towards foreigners living in our territory on a temporal basis, to practice their faith in a modest way without proselytization.

No religious organization shall receive any privileges from the State, with exception of the Tianchaodao (Way of the Empire).

The Heavenly Light shall be the highest organ of state power, and shall be the sole law-making organ of the State. He's aided in this task by the Imperial Councils, also known as the Chao Suweiai.

a) The Provinces are governed by a Viceroy, appointed by the Heavenly Light. The title is not hereditary and granted by the grace of the Imperial Court.
b) A Viceroy can not govern a Province in which he, or his clan or family, has family roots.
c) The Viceroy will act as link between the civil and military authorities.

a) The Districts are governed by locally appointed governors. They are appointed by the Viceroy, in agreement with the local district and provincial assemblies.
b) A governor has no authority over the armed forces.

An ordinary session of the Chao Suweiai shall be convoked when a new Emperor ascends the Throne.

The Grand Secretariat may determine to convoke extraordinary sessions of the Chao Suweiai.

a) The Cabinet shall consist of the Diwang, who shall be its head, and other Ministers of State.
b) The Cabinet, in the exercise of executive power, shall be collectively responsible to the Emperor.

The Diwang is appointed by the Heavenly Light.

The Diwang, representing the Cabinet, submits bills, reports on general national affairs and foreign relations to the Chao Suweiai and exercises control and supervision over various administrative branches.

All laws and Decrees shall be signed by the Emperor or, in His absence, the Regent.

Amendments to this Constitution shall be initiated through the authority of the Emperor.

This constitution is applicable to all Jingdaoese controlled lands. 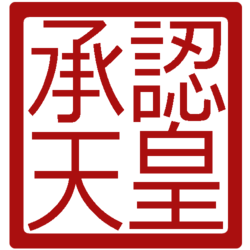