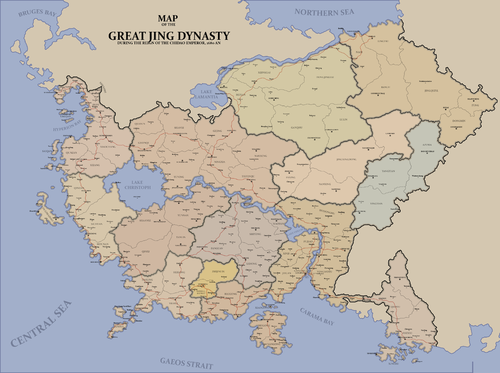 The core lands of the Empire, divided into Provinces and Districts.