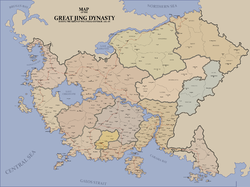 The core lands of the Empire, divided into Provinces and Districts in 1680 AN. 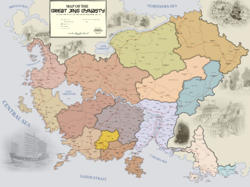 The core lands of the Empire, divided into Provinces and Districts in 1687 AN.