The Iron Company is a multinational business conglomerate, trading company, private military company and financial institution founded in 1638 AN by Ludovic Verion and Joachim Brunswick in Shireroth. The Iron Company is active in many different economic branches, from insurance and banking to security and private military enterprises. Throughout its history, the company has seen several incarnations, as it had since its conception been one of the most influential businesses on Micras.

Starting out as a banking and insurance company, the Iron Company got its name due to the iron vaults housing gold which was imported from Goldshire and used as collateral for various loans and investments. Subsequently, the Iron Company became intertwined with the government of Shireroth, Elwynn, especially in the North, Blackstone, Los Liberados, the free city of Chryste and the various Verionist states. The Iron Company from its outset was a political player, providing financial backing for the Oustfest Massacre which was the Kaiser of Shireroth replaced and led to the end of the Shirithian Benacian hegemony. The Company suffered setbacks during the 1670's and 1680's, following a political alliance with Verionist political forces. A conflict with the Florian government sparked the Verionian–Raspur War. Following these conflicts, the Iron Company's dominant economic role declined, having been banned in Elwynn and having lost Blackstone.

In the late 17th century, the Calbain assest of the Company were restructured into the Calbain Princely Exploration and Trading Company, as the Company suspended operations. Eki Verion and Stephen Lewis granted the Iron Company again an operational charter in 1698 in Free Elwynn following the Second Elwynnese Civil War. Subsequently, the Company has restarted operations and attempts to regain its once dominant position. The Verionist governemnt largely privatised the finance and security sector, allowing the Company to raise a steady force of mercenaries. A first step which saw the Company back on the Micras state was the Reconquest of Blackstone. Since 1705, the Company leadership also serves as the de facto government of Blackstone. 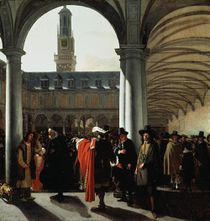 The Iron Company continues to be lead by a board of Governance that is chaired by the Grand-Governor. The Governors decide the overall direction of the operations of the Company. But whereas before, only a small number of representatives had free reign in crucial areas of operation, the current Company has set out a clear division of the different parts of Micras in which the Company is involved. Rather than being beholden to a single Representative, the Company has created a sub layer of governance. In the past, although the governors officially have an equal position within the Company (the Grand-Governor being the primus inter pares), in practice there was a great difference of influence between the members of the Council. For instance, Villiam Al-Basani, as Governor-Representative of the Royal Iron Company, had control over all operatons in Goldshire in the 1640's, which was by then the most important field of operations for the Company and as such had an incredibly crucial position. 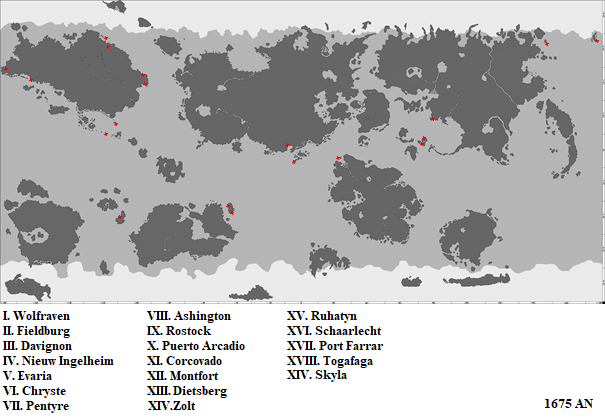