The Super League Football or SLF, is the top tier of professional football in the Confederate States of Floria. Contested by 20 teams, each team plays a total of 38 games.

Super League Football is a corporation in which member clubs and its supporter groups act as shareholders. The season operates from September to May and most games are played on Saturday afternoons but matches on Fridays and Mondays are common. Super League Football is one of the most popular football leagues in the world and joint most popular sports league in the Confederate States of Floria alongside the FFL.

Football is a winter sport in Floria and the season runs from September to late May. Teams during the course of the season, play the other clubs twice at home and away for a total of 38 matches. Teams receive three points for a win and one point for a draw. Teams are ranked by total points, then goal difference, and then goals scored. If still equal, teams are deemed to occupy the same position. If there is a tie for the SLF championship, for relegation, or for qualification to other competitions, a play-off match at a neutral venue decides rank.

In the inaugural season of Super League Football featured 20 teams. Twice the size of its predecessor, the Florian Premier League. The league was open to expansion in the future and hoped it would have 26 teams by 2020 however from 2019 onwards expansion plans were scrapped and promotion and relegation was introduced. Due to restructure, eight teams were relegated, leaving 12 teams left in the top tier. In 2020 at the end of the 2019-20 season, the league would reverse it's decision on promotion and relegation expanded back to twenty teams. The current teams are as follows:

Super League Football was founded in early 2018, after the breakaway of the Florian Premier League from the Florian FA, after many clubs were unhappy with how the top tier competition was run. The first season kicked off in August 2018 and lasted until May 2019. 20 teams competed in the inaugural season with Northcliff United winning the league. After a one-off league restructure, eight teams were relegated at the end of the season to accommodate the newly created second tier, Super League Football 2. A season later, Super League Football 2 was scrapped and eight teams were promoted to Super League Football resulting in the league returning back to twenty teams only this time the twenty teams would be split into two conferences of ten teams and an introduction of a playoff system. From 2021, clubs decided to scrap the Conference format and the Playoffs. 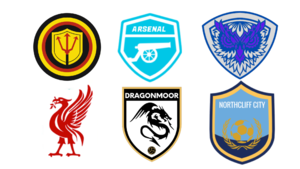 Super League Football in its inaugural season conducted under a single-entity structure in which teams and player contracts were directly acquired by the league. Each team had an investor-operator that was a shareholder in the league. The league had 20 investor-operators for its 20 clubs and therefore each club only had one each. However, Super League Football clubs approved an overhaul in league operation and it was announced on the 31st March 2019, that each club in both divisions must have 35% of their shares owned by its members and the rest by private investors. If a team does not have 35% of its shares owned by its members, teams face a risk of being expelled from the league.

The average salary for the league's players is around Cr 4 million. Player salaries are limited by a luxury tax to make the league more competitive. The current luxury tax threshold of the league is $200 million for each team. The league operates two transfer windows, however, in the second transfer window, it has been traditionally difficult to get players abroad as most leagues on Micras only have one transfer window. Therefore foreign players are mostly bought in the first transfer window. The league has a homegrown player policy and the league only allows teams to have 40% of their squads made up of foreign players (Starting from 2021). Failure to do so leads to points deductions and fines. The league during its inaugural season operated a Marquee Player Rule, which allowed teams to sign six players whose salaries exceeded the maximum cap. Corian footballer, Danijel Despotovic was the first player signing under this rule. Like other sports leagues in Floria, players can be traded or waived until an agreed deadline each season.

Youth development is a hugely important policy of Super League Football. All clubs in Super League Football must operate a youth academy that accommodates youth teams from Under 7's to Under 23's. Most Super League Football sides enter their U23 sides into the Elite Development League, a qualifying tournament for the Florian Trophy to give youth players more competitive experience. Notable clubs which have produced high-quality players include Northcliff United, Northcliff City and most notably, Dragonmoor FC who has produced players such as Sam Butcher. 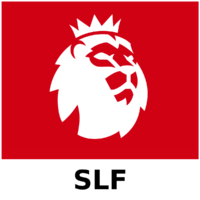 Super League Football has a unique brand which is shown to millions of football fans worldwide. The league logo is recognisable across Micras with the famous lion logo and comes in many colours such as green, yellow, purple and its default colour, pink. The league branding is modern and minimal and is appealing to all football fans especially towards fans of a younger generation. Super League Football as well as its famous logo also has its own anthem which is played when players enter the pitch on every matchday and featured regularly on international broadcasts.

Based on its per-game average, the SLF is the best-attended association football league on Micras due to large stadia and cheap tickets compared to other sports leagues in Floria. It is the second-highest attended of any professional sports league worldwide, behind only the Florian Football League. Northcliff United has the highest average attendance of any football club in the world ahead of Cherry Trees FC and Jogasim Revolution FC, the clubs with largest fanbases in Craitland and Senya.

Out of Micra's four major football leagues (Premier League, CrFA League 1, SLF and Top League ), the league alongside the Top League has the lowest ticket prices and the highest average attendances. Many club stadia in both countries have large terraced areas (traditional or 'safe') for standing fans. Teams limit the number of season tickets to ensure everyone has a chance to see the games live, and the away club has the right to 10% of the available capacity. Match tickets often double as free rail passes which allow supporters to travel at no extra cost. The average price for an SLF ticket is $15 (hourly minimum wage) for a standing ticket and $40 for a seating ticket. SLF clubs are not allowed to charge more than $20 for away supporters.

The number of places allocated to Florian clubs in FMF and AEFA competitions is dependent upon the position a country holds in the FMF club coefficients, which are calculated based upon the performance of teams in FMF and AEFA competitions in the previous five years. Currently, the ranking of Floria is third, behind Mercury and Craitland. Super League Football is AEFA's highest-ranked league.

Red Sports SLF. The TV channel which broadcasts the majority of SLF matches in Floria.

Matches of the league are covered on Red Sports, Sportsworld and ESN. The highlights show of the league, SLF Tonight is provided by FBC Sport. ESN holds Monday Night Football and Sportsworld have rights to Saturday early afternoon kickoff games. The rest of the games are broadcast by Red Sports.

In countries without a broadcast deal, matches are broadcast on SLF TV, a league-owned pay to watch television network. Users can either pay for an Elite pass ($250), Team pass ($120), weekly pass ($20) and Daily pass ($8). In Mercury, the league has minor coverage but Mercurian TV channels regularly show highlights of recent matches. In July 2022, ESB became exclusive broadcast partners of the league in Benacia and Eura.