Northcliff is an important city on Micras with the city having significant influences in finance, sports, tourism, fashion and politics. Northcliff is known as the 'Drug Capital of Micras' due to the large number of shops selling cannabis particularly in the Northern parts of the city.

Destruction after the war of Lost Brothers 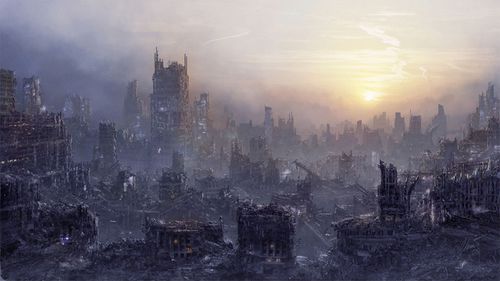 The ruins of Northcliff after the war of Lost Brothers

75% of the city is ethnically Florian with the other 25% being from other countries.

Northcliff has one major airport Northcliff St. Farrar International Airport, which is currently the largest airport in the Confederate States of Floria.

Northcliff is the main hub of rail transportation in the Confederate States of Floria.

The Northcliff Metro opened in September 2018, after many delays such as the War of Lost Brothers and the country's economic crisis. The system has 36 lines, 470 stations and is one of the most popular ways of public transport in the city.

Northcliff is home to the headquarters of the FFL,ICHL,FBA,SLB and FBA. The Northcliff metropolitan area hosts the sports teams in the five major Florian professional sports leagues.

The city currently plays host to 19 major professional sports teams, each with varying success. Two of Micras's largest stadiums can be found in the city. Because of the numerous amount of professional sports franchises and sports venues across the city, Northcliff is described as "one of the prominent centres of sporting excellence in Micras". In most peoples opinion, Northcliff is Micras's largest sports market. Baseball and Florian Gridiron football are the most popular sports in the city however teams in the city have yet to win a title in either sport. In other sports, however, Northcliff Roosters have won Super League and Northcliff Golden Knights have won the Florian Hockey League and Micras Champions' Hockey League respectively. Northcliff United are also Floria's most successful football club and are the current AEFA Champions' League champions.

The city is home the Raspur Pact Centre of Sports Excellence, the elite sports academy of the Raspur Pact which offers non-Florian athletes scholarships in numerous sports such as baseball, football, Florian Gridiron and basketball etc.