As clarified by the Constitution, the two most voted candidates for the presidency of the Republic will have access to the ballot; the members of parliament will instead be established with a proportional system.

At the end of the General Elections, the President-elected Antonio Visciglia has chosen Luca "Lo Zar" Zarrella as Prime Minister to form the First Government of Vegno. 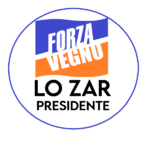 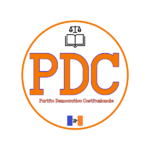 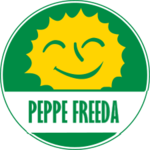 In all likelihood, the candidates for the first presidency of the republic will be the seven members of the Constituent Assembly of 1705.

The first candidacy presented as early as 1705 AN is that of the Forza Vegno (FV) party, headed by one of the 7 signatory members of the constitution, Luca "Lo Zar" Zarrella.

The party leader certainly focuses on his strong influence, as one of the 7 founding fathers of the republic, but also on a moderate political line, aimed at trying to garner the consent of the majority of the urban population of the country.

Shortly before the elections, the secretary Zar made known the manifesto of the political ideas of his party, of which many lines in common with the other candidates, but among which the great project and public work of the construction of the “Ponte sullo Stretto di Vegno” stands out.

The Partito Democratico Costituzionale (PDC), known in istvanistani as Constitutional Democatic Party, is a social liberal party born at the end of the constitutional works. The party emphasizes mutual collaboration through liberal institutions, endorses a market economy and aims to insure a "positive liberty", seeking to enhance the "positive freedoms" of the poor and disadvantaged in society by means of government regulation.

The PDC supports a mixed economy of mainly private enterprise with some state provided or guaranteed public services (ex: obligatory universal health insurance, with the state paying a basic health insurance to the most poor of the society) and strongly defends human rights and civil liberties. The party is opposed to isolationism and pushes for a foreign policy that can quickly place the nation in a diplomatically dominant role on the continent.

The party candidate will probably be Antonio Visciglia, leader of the party and former member of the constituent assembly.

The third candidate party in the first elections of Vegno is the Peppe Freeda's Green Party .

His ideology is based on always being frank and sincere towards everyone, clearly saying things as they are: inclusion and respect must be guaranteed to all, especially women and minorities, but without forgetting the truth on everyone.

The leader of the party, Peppe Freeda, has also recently announced that the he will be the candidate for the Presidential elections alongside Nick Comphare, who will be his Prime Minister in case of winning the elections.

Another one of the 7 founding fathers of Vegno,Mickey Lange Lèvati, as expected, presented his candidacy for the Presidency of the Republic with the Partito Nazionalista Vegnese (PNV) (Nationalist Vegnese Party). His ideology is clearly opposed to the other 3 presented so far (certainly more moderate) with much more nationalist guidelines and very strong ideas of national identity.

It was also announced that Marco M. Unno will support Mickey Lange Lèvati for the presidency, without presenting a program and a candidacy.

Last but not least, the Partito Popolare Vegnese (Popular Vegnese Party), whom secretary and candidate for the Presidency of the Republic is Salvatore "Shalva Mancuso".

The "PPV" gathers forces generally classifiable as moderate, Christian-democratic and conservative in the sign of the liberal-conservative tradition.

The PPV Secretary formulated an electoral manifesto ahead of the 1706 Vegno Elections: The "Strong for the People" Manifesto states

Creating new jobs by continuing to invest in education and lifelong learning, Protectionism must be avoided, Fiscal and monetary policies need to be coordinated, Increase transparency and oversee financial markets.

Making Vegno a market leader in green technologies, Increase the use of renewable energies, Flexibility for working parents in favor of families and Find a strategy to attract skilled workers from the rest of the world to make the Vegnese economy more competitive and dynamic.

Vegno's holders of voting rights (over 18 years of age) are 1,485,876 and represent approximately 80% of the population. They are called to vote for the first President of the Republic of Vegno, choosing one of the various candidates proposed by the parties and to choose the composition of the National Assembly, through a proportional system.

At the end of the day of elections, the voters are 1,419,010, as many as 95% of those entitled, with an incredible success for the first elections of the Vegno.

The party with the most votes is the PNV, which will get 30 seats in the Assemblea Nazionale, followed by Forza Vegno (23 seats) and PDC (21 seats).

Instead, the leaders of the PNV and PDC go to the presidential elections, with the latter overtaking the Forza Vegno secretary in the photo finish by a handful of votes. (22% vs 21%)

A second round will be carried out to express one's preference between the two candidates for the Presidency of the Republic who will have received the highest number of votes at the end of the first round.