The 2017–18 Gerenian League 1 was the sixth season of the Gerenian League 1, the top professional league for association football clubs. The season started in August 2017 and ended in May 2018. Isherwood won the season title after winning both the Republic and the Alliance Tournaments. 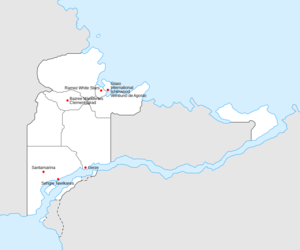 Ten teams are contesting the league, including eight sides from the previous season, and two sides promoted from the 2016–17 Gerenian League 2: Sehgie Tawlkares, the season champions, and KSP 21 de Agosto, who defeated KZ Bareki Victories in the promotion/relegation play-off.