The name Meckelnburgh derives from the Old Holzer term for the Alexandretta Fortress, where it meant "broad fortress." The original fortress stands still on the Alexandretta coast, long since renamed for the capital city.

During the Commonwealth, the name Meckelnburgh became associated with the wider region of Alexandretta, until taken up formally in the medieval Duchy of Meckelnburgh. After Meckelnburgh's victories in the Wars of Unification, Vilhelmo IV proclaimed Meckelnburgh to be the united kingdom of the Meckelnish people. The name has remained since. 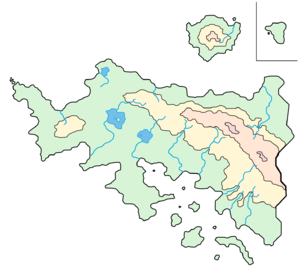 After almost two centuries of fighting, Meckelnburgh was finally united under Vilhelmo IV. At the Battle of Truckee in 1453, the armies of the Duchy of Meckelnburgh and their ecclesiastical allies defeated the final coalition of Martino, Alexandrian and Eastmoorlandish fighters.

In the following months, Mecklenburgish armies occupied Deschutes and Eldorado, and received their princes' vows of fealty to the new Kingdom of Meckelnburgh.

The new kingdom was formally established in the Treaty of Nakko. The treaty formally ended all hostilities, providing amnesty to anyone who resisted unification if they ceased fighting. King Vilhelmo IV was formally recognized as lord of all territories in Meckelnburgh, establishing a unitary government over the kingdom.

Under the Treaty of Nakko, the princes and bishops of the realm were entitled to representation in the College of Lords, to advise the monarch and make grievances against them.

In the end, the landed nobility were left to govern their own territories semi-autonomously. Internal wars continued to erupt as claimants to noble titles launched their armed struggles for dominance and power. These conflicts often decimated the agricultural landscape, outside the counties owned personally by the King.

In 1495, the first constitution of Meckelnburgh was ratified. The constitution sough to enshrine a stable system of government than the tentative peace in the Treaty of Nakko.

As part of the first constitution, the formal boundaries of the counties, baronies, and prince-bishoprics of the kingdom were laid out. The powers of a select number of landed nobility were enshrined into law, while the titular nobility were deprived of their inheritance claims.

On top of this arrangement, the absolute authority of the Mecklenburgish King was solidified. Male-preference primogeniture replaced agnatic primogeniture as the law of succession.

A system of formal circuit courts was established throughout the kingdom. However, appeals were heard to the College of Lords, and finally to the monarch-in-council. In Parliament, a second house, the Chamber of Deputies, was installed to represent the commoners of the kingdom. Still, Parliament remained a semi-regulatory body. 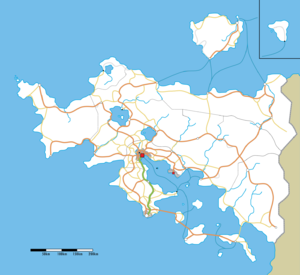 Meckelnburgh's second constitution was ratified in 1584. This new constitution was spurred on by the increasing industrialization and liberalization of the nation. The monarch, King Rozkoloro II, still beloved in the kingdom, sought to instill new liberties and property rights into law, to encourage business opportunities from around the world.

The new constitution enshrined the first system of semi-constitutional monarchy in the Kingdom. While the monarch retained the royal prerogative and royal assent, Parliament was empowered with the right of all law-making power. A formal executive beneath the monarch, headed by the Chancellor, was established to manage the administrative state.

Furthermore, the first Supreme Court, the unitary judicial body of last resort in the kingdom, was empaneled.

In the realm of personal affairs, the right to speech and assembly was established. The first intellectual property rights were formed in patent, trademark, and copyright. The right to notice of all laws was also set forth, requiring the codification of the criminal code, the Rozkoloro Code, of the kingdom.

In 1696, the same forces of liberalization that lead to Meckelnburgh's second constitution reared their heads. Complaints about the inefficiency and corruptness of the landed nobility, who governed most regions, overwhelmed the national discourse.

On 13-IV 1696, a public constitutional convention was held, attended by representatives of the Chamber of Deputies, and elected delegates from each region of the kingdom. Over the course of the next year, the representatives devised a new constitution, one with a new emphasis on civilian government.

The new constitution abolished the landed nobility for the final time. While noble titles remained in the prerogative of the monarch, the nobility no longer governed the counties of Mecklenburgh in their own name, but were forced to retire to private estates. Most of the prince-bishoprics were abolished in favor of secular leadership.

In the wake, provinces were created on the same lines as the prior counties, prince-bishoprics and duchies. The right was established to elect mayors and municipal councils to pass local ordinances and manage municipal services.

However, the unitary system of semi-constitutional government was retained. The provinces were empowered to manage services and administrative functions, but not to pass laws, and no legislatures for them were created.

Following the reformed constitution of 1697, the semi-feudal structure of Meckelnburgh was replaced by a common provincial system. The new system abolished the regional laws and devolved governments, replaced by a strong unitary monarchy and appointed regional authorities.

The function of Meckelnburghish provinces is to provide local services to rural areas outside the reach of municipal authorities. These include fire, policing, waste management and other necessities. Provinces also manage larger national services, such as medicine, throughout both municipal and unincorporated localities. The provinces have no authority to pass laws, but serves as regional administrators.

Each province is directed by a Lord Lieutenant, the directly appointed representative of the monarch in the province. The Lord Lieutenant is advised by and delegates authority to a Provincial Commission, comprised of the Deputy Lieutenants responsible for regional services (e.g. Departments of Health). As well, at least one, but no more than three, at-large Assistant Lieutenants are elected to represent the province’s citizens on the council.

As a municipal authority itself, Alexandretta has the unique powers of both a province and a city. As the historic capital and largest city, Alexandretta enjoys the style of "royal city," though it effectively operates as a province, save for an elected government, as provided for municipalities nationwide.

The city provides municipal services, such as fire, policing, waste management and other necessities, as well as national programs of medicine. A Lord Lieutenant is also appointed as the monarch's personal representative, but does not hold administrative functions due to the province's joint nature. Instead, the mayor, the elected leader of the city, administers city agencies internally, with budgeting, direct operations and municipal regulatory schemes. As the only mayor of a royal city, the mayor of Alexandretta is styled as the Lord Mayor.

The ecclesiastical provinces serve as vestiges of the prince-bishoprics prior to the constitutional reforms. In the provinces, the canon law and courts of the Church of Meckelnburgh are augmented by the secular law of the kingdom. While the monarch, as Supreme Governor, is sovereign over the laws and dogma of the church, the ecclesiastical provinces are effectively autonomous. The provinces are governed by church officials, who are able to govern through bulls of the Primate of the Church of Meckelnburgh. However, they are still subject to Parliamentary acts.

The ecclesiastical provinces are not represented in the Chamber of Deputies, but officials of the Church of Meckelnburgh hold seats in the College of Lords.

As few common citizens reside within the ecclesiastical provinces, the church’s authority principally lies over its own members. Mondsee, of the Isle of Pines, is coextensive with the Archabbacy of Mondsee. The island is limited to members of monastical communities, retaining most of its former character.

The remaining province, Albioch, was carved out from Alexandretta as an autonomous seat of the Church of Meckelnburgh, to compensate for the loss of temporal authority. Albioch is the home of the Primate, and hosts the worldwide management of the church, with most residents being church administrators.

The Meckelnburghish lordships are the last territories that retain their feudal form. In addition to the loss of noble lands in Meckelnburgh, with the constitutional reforms, the monarchy also lost its demesne over large swaths of the kingdom. Three lordships, Lunden, Highgrew and Serkwais Island, remained independent from the new civilian provinces system.

The lordships are owned by, and are the personal property of, the monarch of Meckelnburgh; the rents and taxes also do not belong to the kingdom, but to the monarch. In turn, the monarch, is responsible for the funding and administration, though officials of the Meckelnburgh government, the lordships.

Unlike the ecclesiastical provinces, the Parliament of Meckelnburgh has no de jure legislative authority in the lordships. In practice, the monarch reaffirms parliament’s acts, save specific provisions (e.g. gambling and prostitution). However, there is no separate judiciary from the kingdom. The monarch appoints a Lord Warden as caretaker in their absence, though the monarch remains head of state and government in the lordships.

All residents remain Meckelnburghish citizens by law, and constitutionally the lordships are incorporated into the kingdom, merely subject to a separate governmental regime.

The territories of Meckelnburgh lie in place of provinces, but with no internal authority; each territory is directly administered from the central government in Alexandretta. The territories also have more private restrictions for their specific functions. Furthermore, the territories are not represented in the Chamber of Deputies.

Their Royal Majesty’s Base, Battleferd Territory, is the primary installation and armed forces headquarters of the kingdom, is restricted to the servicemembers, families and employees of the Meckelnburgh armed forces.

The Siyon Territory Biosphere Preserve allows only a select number of residents in strictly managed sustainable settlements, who serve preserve visitors and staff. The preserve is managed by the kingdom’s environmental services and armed forces, who protects its natural heritage. While Meckelnburgh is home to other national parks, they are dwarfed in size, have no permanent residents and rely on provincial services.

The head of state the Kingdom of Meckelnburgh is the Monarch, presently Their Royal Majesty Queen Ĉielero III. The Queen retains significant royal prerogative in the modern era, such as royal assent to all acts of Parliament, Meckelnburgh being a semi-constitutional monarchy. The Meckelnburghish monarchy adheres to absolute primogeniture, with the eldest child of the monarch succeeding the throne. The present crown prince is Their Royal Highness Dauphin Vilhelmo.

The Church of Meckelnburgh is the state church of the kingdom, receiving official support of the government and is subordinate to the Monarchy. The Church is Nazarene and an Albigensian denomination, outside the Catholic and Orthodox communions. The Church of Meckelnburgh adheres to beliefs of unitarianism, emphasis of good works over salvation by faith, and pescetarianism, but rejects predestination and original sin.

The leader of the church is the Queen as Supreme Governor. The highest episcopal officer, and first among equals of all bishops in Meckelnburgh, is the Primate, the Archbishop of Boulonne. There are 20 dioceses in the kingdom, one of which is an auxiliary bishopric and four are metropolitan archbishoprics. The episcopal leaders of the Church of Meckelnburgh retain significant temporal and titular authority, including seats in the College of Lords. Certain landed Price-Bishops and Prince-Archbishops also provide governance for regions of Meckelnburgh. 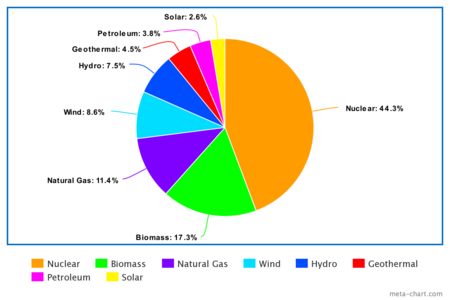