For the former territory now governed by Mercury and Nova England as the condominium of New Sussex, see Mercurian Nova England.

The name 'Nova England' is derived from the Britannic Istvanistani translation of the Eastmoorland Dialect name of 'Niwe Englaland' meaning 'new land of the engles'. The 'Engles' being the historic name for the Britannic ethno-group that inhabited the North East Keltian region. The name is believed to have come into common use following the death of Saint John I after he had united the warring Britannic tribes under one Kingdom. One of the earliest written instances was carved onto the grave marking of Saint John I which reads 'Hér slæ John Alricsunu - Cyning Niwe Englaland - Grinsteadwalda - Slaga Lytel Folc' (Here Sleeps John, Son of Alric - King of Nova England - Chief of Grinstead - Slayer of Little Folk). In recent centuries the nation is most commonly referred to by its citizenry as the 'Faedertellus' meaning fatherland, this replacement term is especially present in government and media communications.

Nova England as a micronation was first conceived following its founder Josephus discovering micronations through a simple advert of the Danny Wallace's 'Lovely' Project. After weeks of attempting to start a micronation within the actual Lovelian Forums, Josephus then established Nova England's first forum. Although now lost to the winds it enabled Nova England to finally start to develop its somewhat unusual culture. The forum at first attracted a mixture of English Nationalists who all shaped the nation towards its first cultural identity which was based on Roman Britain. However this was latter developed further to allow for more Anglo Saxon elements to be pushed into the culture which is reflected best in East Moorland English which is a complete bastardisation of Latin and Anglo Saxon. Early in its history Nova England became close allies with another nation based upon the British Isles, that nation was New Britannia. NE and NB shared very close relations with each other right up and till NB's death in which the spirit of their nation was passed on to the Nova English who still upkeep some of NB's territories now.

During the 1530s – 1540s Nova England became a SAR of Riponia due to worries that mass activity may have caused the death of the Fatherland. However almost as soon as Nova England joined activity was boosted by the pure number of Nova English attempting to achieve Nova English separation from Riponia. Yet in the end no such political wills were needed as Riponia died and Nova England became a De facto Nation. Subsequently Nova England followed a rather isolationist policy but during the 1560s it saw large revolution in terms of activity and production. This uplift caused it to seek out foreign nations in attempts to trade goods and services in order to fund and continue various developments.

These good times were however followed by the harsh and long Great Recession of 1584 – 1595 when the Kingdom of Nova England suffered a dramatic collapse across all observable metrics of domestic economic activity, which ultimately resulted in its loss of formal sovereignty. During this period New Sussex was absorbed into what is now known as Mercurian Nova England with the New Britannian Territories being claimed by other nations.

As of 1644 AN the Kingdom of Nova England has reformed in the National Redoubt Region of Eastmoorland, soon finding itself caught in the global power-struggle that would culminate in the War of Lost Brothers. In consequence Nova England relied heavily upon a loose alignment with the USSO and Kalgachia, primary opponents of its ancient enemy Shireroth, to finance the post-war reconstruction - with the Kalgachi Octavian Import-Export Corporation becoming an especially prominent conduit to the outside world.

In 1662 AN, Nova England expanded towards Port Moorland, part of land with a long history of Nova English control as well as a former colony vacated by Calbion. The area is still home to people of Calbain heritage. In the year 1689 AN Nova England saw the establishment of a new settlement in Hempton Bay sponsored by Jeremiah Avon-El, a citizen[1] of Benacian heritage, whose interests in the Warring Islands dated back to the War of Lost Brothers.

Nova England has a parliamentary government with the Witan forming the legislative body. All bills passed are given Royal Assent before becoming law. Elected representatives within the Witan are known as ‘Members of Witan’ (MoW), with the head of the Witan being known as the Witan Chief. The position of Witan Chief is the head of the Nova English government and is typically the leader of the political party or coalition of parties that hold the majority of seats within the Witan. Following an election the candidate for Witan Chief has their appointment confirmed by the monarch.

Only two main ministries exist within the mechanisms of the government, with these being the Ministry of Defence and the Ministry of Internal Affairs. Whilst foreign relations are dealt by the Office of the Witan Chief.

Mainland Nova England is located within North East Keltia, facing out onto Taylor Bay and the Great Western Ocean beyond. The terrain of mainland Nova England is varied with more mountainous areas to the West, contrasting with the lowlands of the East. Eastmoorland which currently forms the mainland area of Nova England features a rich landscape ranging from heathland and forests to chalk cliffs and golden beaches.

The bulk of Nova England's military falls under the remit of the Nova English Armed Forces which itself is directed by the Ministry of Defence. In addition to this the Ministry of Defence also maintains control of independent People's Militia units, the National Military Schooling Institute, Royal Para-Military Police, the National Defence Initiative, the Meteorological Office, Nova English Weapons and the intelligence gathering organisation Special Operations Executive.

Nova England is made up from a number of regions with the major regional boundaries which are known as Provincias and then smaller sub-divisions which are known as counties. Traditional Nova English Provincias consist of East Moorland, New Sussex, Burwood and Nova English Korea. This later expanded to include the New Britannian Territories following the collapse of the Britannian Empire. However following the evacuations of 890AJ only the Provincias of New Sussex (Albeit Diminished), Nova English Korea and the New Britannian Territories remained. As of now, the Kingdom of Nova England is centered within Eastmoorland, the Warring Islands and the Britannic Home Islands Military Zone. Following the ratification of the New Sussex Convention, Nova England jointly administers the Condominium of New Sussex alongside the Republic of Mercury.

Nova English culture is inspired by a mixture of cultural elements borrowed from various parts of English history. This first took the form of inspiration coming from Roman Britain but has since evolved into a reimagining of Anglo Saxon culture. The Nova English as such are a hardy people, independent but fiercely loyal to the Faedertellus (Fatherland).

Many Nova English participate in various sports, including Rugby, Football, Squash and Field Hockey. Following the Evacuations and the Great Disaster, the Nova English national football team and many clubs moved to Mercurian Nova England where they continue to play on both the international and Mercurian circuits. 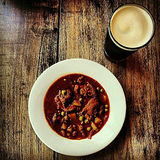 Martial Arts also played a major role in the Nova English life style, with many people taking up either Wing Chun or the domestic and increasing popular Déor-fýst. Both styles are centred on providing the operator the best tools to defend themselves in the most efficient way. In 984AJ the Fréo-Fýst League was established to allow inter-martial art competition within Nova England. Following its integration into the schooling ciriculum during the 1000s AJ, Quarterstaff has seen a resurgence in popularity within the martial arts scene of Nova England. Fréo-Fighting also forms a common event in the community calendars of the Nova English countryside and many urban areas.

Cuisine in Nova England is centred on various game meals partnered with copious amounts of Ale. Due to the low population density of Nova England venison and other game have generally been common and is served in all branches of the population.

A common meal eaten in the Faedertellus is Ale & Venison stew which is often served alongside a pint of Dark Ale.

Following the Evacuations and the Great Disaster, the Nova English economy is currently engaged in a recovery phase. The current focus of the economy has been the reestablishment of national infrastructure, including a major rail link to the Republic of Mercury. Whilst dissolved companies have been asset stripped and auctioned to Nova English citizens planning to create either new firms or rekindle the assets of the dissolved companies.

Traditionally the Nova English economy has consisted of a firm bias towards the manufacture of military equipment. Which include small arms, naval vessels, vehicles, aircraft and munitions. In addition to a strong agricultural industry, which allowed Nova England to be self-sufficient in produce.

The current trends of the Nova English economy suggest a return to the norm with several companies offering services to the Nova English military, alongside a strengthening agricultural sector.

In 1647 AN the Nova English Trading Company was established to enable exports & imports with member nations of the USSO Common Market.

With the collapse of the old enemy after 1671 AN, the Nova English were able to establish an accord with the Black Legions garrisoned on New Blackstone, bringing the Sea Reavers at last to heel and creating opportunities for pragmatic cooperation between Nova England and the Unified Governorates of Benacia. Indeed, the present Szodan of the UGB, Jeremiah Avon-El spent a brief exile in Nova England, from which the presence of the Honourable Company in the Kingdom thereafter derived.

Nova England has a large road network, much of which had to be rebuilt following the reestablishment of the Kingdom. In addition to this a new rail system was constructed to provide the rapid transport of goods and labour throughout the nation. Port Neil Airport and Newcastle-Upon-Eastmoor International Airport are the main air transportation hubs within Nova England.