From MicrasWiki
(Redirected from Norton Calendar)
Jump to navigationJump to search 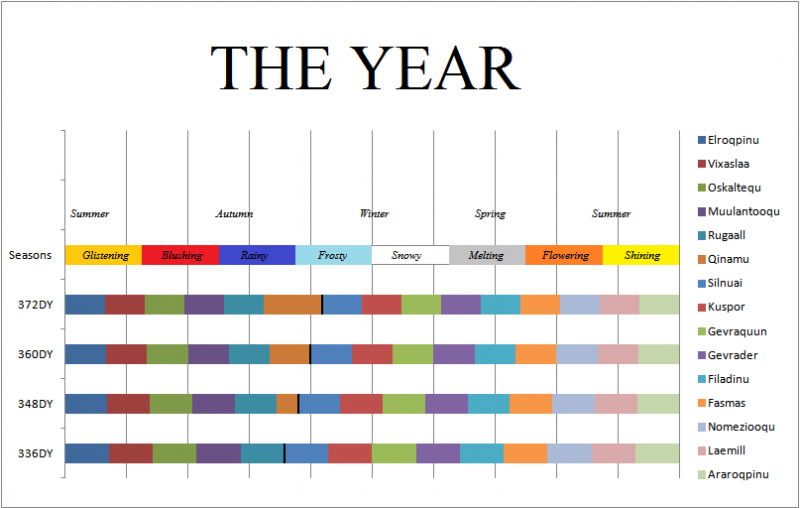 The most common length of a year is 372 days and that year always has a full XV month, 36 days and thereby is the longest month of the year, half as long as all others).