From MicrasWiki
(Redirected from Nordia)
Jump to navigationJump to search

Nordesk, officially the Holy Kingdom of Nordesk, and known alternatively as Nordia (Nördkeskü: Heilige Köninkryk Nördesk), is a country in the north-east of Apollonia. It borders the Northern Sea to the north and the Strait of Pearls to the east. The capital is Küfara. The nation was founded in 1690 AN (2020) by micronationalist Charlie R. after his prior micras projects had folded and after his prolonged break from the community.

The name "Nördesk/Nordia" is a stylized form of the word "north" meant to symbolize the nation's geographic location relative to the continent that it's on.

From its founding, Nordia has had a lengthy and unique history distinct from any other.

Before the beginning of modern time (according to Nord mythology), the Nord people were small scattered groups of pagan settlers along the coasts of mainland Appolonia. These inconsequential tribes of peoples over many years, began to share certain common cultural and physical traits such as fair skin, blue eyes and a shared religious mythos. It is from this mythos that it is believed that sometime prior to 1230 AN some force (believed by the Nords to be God) caused a great climate shift in the area the tribes inhabited. The specifics of this change have been lost to time, but most scientists and archeologists have concluded that it was likely a change in the migration patterns of the animals which these ancient pre-nord tribes ate. Perhaps as a means to find food, or because the Nord god wished to test them, in 1245 AN, the pre-nord peoples engaged in a great exodus from the mainland to the small nearby island known to them as Küfara. For what reason those islands were chosen and why multiple separate groups decided to migrate to the same place at roughly the same time is likewise unknown, though according to the Nord, this mass movement was orchestrated by their God as a way to solidify it as their only true deity. Overtime the population on the island chain grew to roughly 3,000 strong and this population remained mostly the same over the next couple hundred years.

Following the re-settlement of most Nord peoples to the islands, the ethnic group split in twain. There were those who moved to the islands and those who remained on the mainland. The bulk of the Nords who moved to Küfara began seeing themselves as the true Nord peoples and cut all ties to their brethren on the mainland and indeed to the outside world as a whole. Likewise, the mainland Nord saw themselves as the true favored people in their god's light as they saw the islanders as un-pure people who were exiled from their homeland by an angry lord.

Colonization of the mainland

In the early 1570's AN, small groups of island fishermen made their way back to the mainland as by that point, fish stocks had replenished. Upon reaching the mainland, they were greeted by mainland Nords who saw the fisherman as a return of the lost people and saw their ability to reach the mainland as a sign that their god had forgiven the "exiled" Nord. After this news spread among the few hundred Nord left on the mainland, several flotillas of mainland sailors followed the fishermen back to their home in Küfara where they were greeted by curious island residents. Seeing each other for the first time in several generations the two groups spoke vastly different tongue with mainlanders speaking a form of accented English, while the islanders spoke Nördkeskü a variant of the Afrikaans language that while identical, developed coincidentally completely separate. Through ancient texts, some scholars on the islands were able to understand English and thus communicate with the mainlanders. This dialog began the gradual process of re-unification of the Nord people and a renewed feeling of ethnic nationalism and hegemony.

By the 1590's AN the Nord people on the mainland coasts and the islands had mostly integrated with English becoming the primary language of communication whilst the islander's Nördkeskü remained as the language of the faith and of government administration. Now with a greater since of nationalism, the Nord Heavenly Emissary (a position established by the islanders as their tribal leader) became the senior religious figure among the people with a Holy Chieftain being created to administer the government. However, despite the closer bonding of the peoples, the islanders and mainlanders still functioned as mostly independent societies. This changed in 1670 however, when Austin I took over as Holy Chieftain of the Nord people. The popular young ruler began a military conquest moving further into mainland Nordia, annexing (mostly peacefully) several other settlements with many adopting Nord culture, howver some would retain a local identity and though incorporated into the state (which became known more commonly as Nördesk) would not be considered Nords. Due to the successes of the conquest, Austin was crowned the first King of Nordia and became known as "Austin I of Nordia" or "Austin The Great". With this coronation, the Nord and non-Nord tribes were formally united and in 1690 AN the Holy Kingdom of Nördesk was formed.

Shortly following this, King Austin died and his daughter was crowned Alexandria I of Nordia. Through her, the state began to quickly modernize and expand diplomatically, welcoming the new Kingdom's first diplomatic delegation from Çakaristan and joining the USSO shortly after. In addition, new settlements were founded, notably Üterlëk on the mainland.

Nordesk was founded in late 2020 by longtime micronationalist Charlie R. he formed the foundations of the kingdom on a whim after returning from a prolonged break after his previous Micras project, the Duchy of Refliasia, folded. In this new state, Charlie focused primarily on building a state for himself, born out of his own imagination and interests in history and politics. From a micronational standpoint, Nordesk took major influence from the Duchy of Leyl, Ultimate Çakar Sultanate and Great Jing Dynasty. Real world inspirations included Vatican City and Luxembourg. 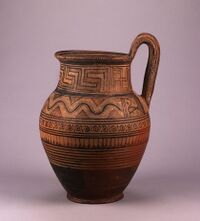 The peoples of Nordesk are a diverse cast with the majority race being ethnic Nords. The Nord people originate from the north-eastern tip of Apollonia where they developed as a pagan, polytheistic, tribal-based people. This all changed during the mainland exodus during which, the Nord people rejected there many gods, focusing on the idea of one singular all-powerful deity.

The other ethnic groups that make up Nordesk include the aboriginal tribe known as the "Nasky" and the people-group known commonly as "Neo-Nords". The Nasky people, while believers of the Nord Apollonialistic God, operate in a distinct ethnic and cultural manner quite different from the main Nord people. Additionally, due to them living farther inland than the Nords, they were not part of the initial trek to the islands and as such, did not adopt the Nord religious philosophy until much later, with the establishment of the modern Nordesk Kingdom. The Neo-Nords for their part are ethnic Nords that while physically and culturally identical, are a lose class of people who for one reason or another, reject the religious beliefs of the Nords. As such this people group is widely shunned from public life and are in fact barred from participation in most activities of state. Regardless, the Neo-Nord people have distinguished themselves as a "banker class" with many holding positions within banks, trading companies and other business related to finance. This is due to the cultural stigma around working with money and with the wide spread belief that dealing in loans/leases/financial trade is a "dirty" or "sinful" profession. Because of all this the only government post offered exclusively to the Neo-Nords is that of the "Minister for Finance and Trade".

Officially, the Holy Kingdom of Nordesk is a monarchical theocracy with a King and Heavenly Emissary sharing power. However in practice, the nation operates more like a parliamentary democracy with the monarch rubber stamping bills past by the parliament and the Emissary limiting himself only to manners of religion. However, due to the nature of "court culture" within Nordia, the Emissary and King are often at odds with one another.

The King of Nordesk is the head of state, head of government and political ruler of Nordia. An hereditary position, the kings of Nordesk are (in principal) autocrats with absolute power. The only checks on this power being an advisory council and the Heavenly Emissary, who can on occasion step in to stop what is perceived as acts that go against the faith of the Nord people. Unlike most monarchies on Micras, the title of "King" is gender neutral, meaning that no matter the sex of the individual holding office, the title will always be King. Because of this, female spouses are known as "Queens" whilst male spouses are known as "Consorts".

The Heavenly Emissary is the religious head of the Nord people and the Appolonian Church. Because of this high honor the emissary (also known as the "Pope") exercises large amounts of power within the Nord state, both culturally and by proxy, politically. The Pope is appointed by the King of Nordia and serves for life. However, should the bloodline of the kingly family die out, the emissary is tasked with choosing which noble family will succeed them as rulers of Nordesk. The position of Emissary is one which may only be held by a man.

The Final Council of Nordesk serve as an advisory parliament in service of the Heavenly Emissary and the King. The official legal power of the council comes into play during times of crisis when both the King and the Heavenly Emissary are divided on a decision; at these moments the Final Council is tasked with breaking the stalemate and voting to support one side or the other. Due to the conflict that often erupts between the two principals, the council is often split among allegiances either for the monarch, or the emissary. 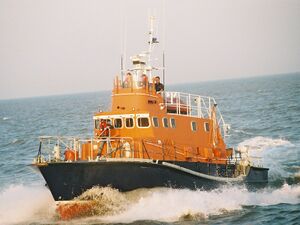 Nordesk Coast Guard vessel on patrol in 1692 AN.

The Kingdom (while presently possessing a standing army) has no official active military. The army is only activated when the nation is in need of military defense. The necessary legislation in place for the monarch, at any time, to mobilize a Levy Royal Army for the good of the nation.

However, a national police force exist as the primary law enforcement of the nation. The police (known as the Royal Holy Police or RHP) serve also as peacekeepers during times of national unrest.

Finally, a non-military Coast Guard exists to patrol the waters and coastline of Nordesk and it's islands, acting as a search and rescue force.

The official currency of Nordia is the Dörlep. This dollar-based currency is sub-divided into coinage known as Cenks. The currency is directly tied into the nation's supply of uranium, of which a large stockpile exists in the government's reserves.

Though considered historically isolated, after first contact with the Cakari, free trade was established with the sultanate. Through them and through Nordesk's membership within the USSO, open trade prfesently exists between a myriad of nations.

Nordesk joined the USSO in 1690 AN, shortly after the nation's unification. Since obtaining membership, Nordia has taken an active role within the organization, contributing primarily in the areas of oil supply, logistics and banking.