On 30th September Dimitrije Golubović founded Srbozemlje. It was an autonomous territory of Florian Republic. Srbozemlje started its development from its foundation starting a 12 team football league, starting some companies, building roads, but, less than a month after the start of Srbozemlje the War of Lost Brothers started. The development of the nation was stopped and the preparation for the war started. During the period of the war, Dimitrije Golubović was inactive and thus Srbozemlje felt in the hands of Kingdom of Coria.

After the War of Lost Brothers 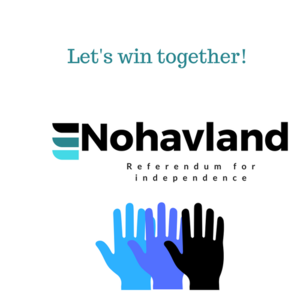 After the war finished in Micras Balkans and more of the half of Srbozemlje was captured by Kingdom of Coria the name was changed to Nohavland and Dimitrije Golubović took the title of the king. Some of the cities names were changed and all that was planned before the start of the war started becoming true. Nohavland started developing more rapidly than Srbozemlje. The war has stopped us in the plans that we had and now when it is finished we can finally work on our development, on improving the Kingdom of Nohavland. Our next major step will be independence from Florian Republic. - said the king.

Unilateral Declaration of independence and suspension

After the declaration of independence, the Florian Republic government released a statement of anger. Said a spokesman, In the late hours of the 14th December 2017, the Florian Autonomous region of Srbozemlje unilaterally declared independence from our great country. This is a violation of law in the Florian Republic and this will not be tolerated. Earlier in the year, the region of Xhusor (now the Empire of Hondon) declared unilateral independence without an agreement during the bloody conflict in the region. After the war stricter legislation was passed that no Florian territory or region would declare independence without the approval of the Florian Parliament or a legal referendum. Srbozemlje is a very important part of the country regarding the economy and industry. It is inadmissible to declare independence implicitly and therefore the declaration of independence of Srbozemlje is suspended indefinitely. A few minutes later a vote was passed for the region to become under direct rule from the central government.

After the sudden declaration of independence happened Srbozemlje Crisis. It was, fortunately, resolved two days later on December 16th when Nohavland was granted a referendum. With the Florian Republic government it was arranged that the referendum will be held on February 1st. The referendum was canceled a few days before it happened due to inactivity in the Nohavland government.

After a failed referendum campaign due to internal issues with the Nohavlandic government. Nohavland alongside Etourney to become the 3rd province of the Florian Republic. Soon the Nohavland Crisis started with paramilitaries originating from former Blepia and Krasnarusyn district of Slavonje occupying certain parts of Nohavland and creating Republic of Srbozemska. claiming to liberate Serbs from "Florian occupation".

Nohavland was ruled by a king called Dimitrije Golubović, but the monarchy was abolished when Nohavland became a Florian province.

There are four ministries in Nohavland:

All of the ministers are chosen by the king himself and all of their decisions must be approved by Him.

Before the War of Lost Brothers

Srbozemlje was very weak in the terms of military. Before the war started there weren`t many investments in the defense industry. With the start of the war Srbozemlje defense industry started rising and thus more of the half of companies were manufacturing weaponry. During the war, many of the products were lost and some factories needed to move to other cities and build their factories all over again. The best example is Nohavland Ammunition Factory which was located in Srbograd, the former capital of the country which is now taken by Kingdom of Coria. The new factory is still in the process of building and its construction is helped by Freeland company GunTech.

After the war was finished restructuring the nation has begun. One of the first moves of the king was improving the armed forces of Nohavland. It all started by rebuilding the factories and creating new jobs for people. Once the factories were rebuilt and with new workers, the manufacturing of weapons started. That, of course, was not the only thing did in order to improve the armed forces as the developing of new weaponry also began. The most notable of which is Strah self-propelled howitzer which was developed in cooperation with Polish Republic of Freeland and is now used in both militaries. 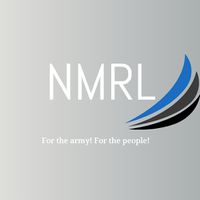 As the reconstruction of the armed forces started much new weaponry were needed and thus many new projects began to solve this issue. Lots of new weaponry were created in various branches of the army in the goal of making the armed forces more effective. One of those projects was the Nohavland Multiple Rocket Launcher. A whole campaign was made creating various posters and placing them across the whole kingdom in order to get the people interested. In February 2018 the first prototype was shown outside of Naisos at the Poljana Testing Field in front of a large mass of people (approx. half a million). At the presentation, many features and possible uses of this weapons were shown. When the presentation finished the crowd cheered showing their happiness and approval with the new weapon and the job Ministry of Defence is doing to improve the army.

Most of the main roads were destroyed in the War of Lost Brothers so the job of Ministry of Development right after the foundation of Nohavland was to rebuild, repair and invest in new infrastructure. Many roads were constructed during the campaign, some by Nohavland Construction some by M Construction. Most recently constructed are the Bezimeni-Krava Village highway, Naisos-Krava Village highway, Naisos-Bezimeni highway. Many new plains exist, one of them being the Nohavland Railway the construction of which will start right after the Nohavland Crisis. Except Nohavland Railway there are plans for standardising the road names and creating designs for connecting the existing cities to Shklopki.

After the war Nohavland economy started developing very rapidly. Cities started rebuilding very fast. There was a need for construction companies, but also companies in the food and telecommunication industry. The kingdom worked on creating many companies in various industries (infrastructure, food, drinks, telecommunication...), The major problem started when Republic of Srbozemska was created capturing territory in the kingdom including many companies like Rising Building in Bezimeni and Foody in Naisos.

During Srbozemlje era there were plans to trade with other countries regarding companies such as Warrior Snacks and N Drink, but those plans did not succeed. After the war and the founding of Nohavland trade started with Polish Republic of Freeland mainly in the military industry, but also in the food and drinks industry, as both nations sold drinks and snacks to each other.

Shklopki is a project started by the Ministry of Development. Its goals are improving the Nohavland population, economy, and infrastructure by giving refugees from the war a new home, creating a place for more companies and investments and building new roads and railways to and from previously existing cities. Shklopki will, after the construction, have the capacity to hold 10 million people, with, by predictions, 4 million people moving there instantly. It is expected to become the capital of the province and will be completed in late 2019.

The kingdom is currently working on expanding its relations with other nations on Micras. The only official alliance existing is with Polish Republic of Freeland with which Nohavland has traded a lot mostly in the military industry. Freeland also helped the kingdom in War of Lost Brothers by sending them weaponry.

Sport plays a major role in Nohavland. There is no family in the kingdom that doesn`t enjoy playing or just watching sport. Popular sports include football, basketball and rugby league. The most popular is of course basketball because all of the success Nohavland national basketball team is making.

After the war and the capturing of Srbograd by Kingdom of Coria, most of the football teams were disbanded. It became a major problem and football suffered because of it. A solution was found when amateur teams from local villages applied to play in the new league. They were accepted and the league started to play. As Nohavland is a not part of the main Florian football league system, teams are ineligible to compete in AEFA competitions.

The national football team played their first ever match against Incontinentia and won the match 4-0.

The table at the end of MBF World Cup 2018 qualifiers

Basketball is the second most popular sport in Nohavland. Nohavland has an amateur league which is sponsored by Warrior Snacks who sponsors all basketball activities in the province. Nohavland is a member of Micras Basketball Federation. In the 2018 MBF World Cup qualifiers they won all of the matches, being the first place in their group above Craitland.

Nohavland is officially a member of Micras Floorball Federation. It doesn`t have a national team and a league, there are plans for a league to happen but plans were scrapped.

The official language of Nohavland is Serbian, but English and Florian are also used due to Nohavland being a part of Florian Republic.

The kingdom also has its own language which is rarely used. The language was created due to the need of one for the book of the king Dimitrije Golubović. The Serbian-Nohavlandian dictionary currently has 2000 words. The creating of a full dictionary was delayed until November.