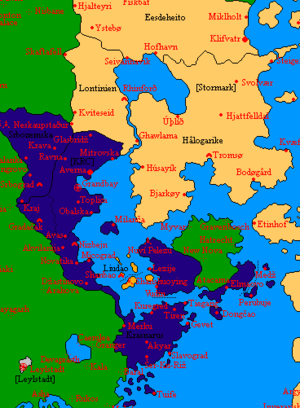 Map of the Micras Balkans

The Micras Balkans is the informal name given to a geographic area in eastern Apollonia, named after the Balkan Peninsula on Earth due to its concentration of nations and territories with South Slavic and Greek cultural influences. Other, non-Balkan cultural influences to the region include Roman, Turkic, Italian, Chinese, and West Slavic.

The area has a number of disputed borders, notably between the Kingdom of Coria and the Florian autonomous territory of Srbozemlje.

Countries and territories in the region