Ryker Airships (RAS) is a family of privately owned businesses founded by Ryker Everstone. The preeminence of RAS airship routes and early advanced in capacity as a manufacturer of advanced airships and operator of a commercial air passenger and cargo service based around those self-same platforms.

It's current chief executive officer (CEO) is Ryker Everstone. From the reign of Kaiser Redquill until the Kalirion Fracture, Ryker Airships had been one of the premier suppliers of airships to the Imperial Forces. In the modern era it primarily supports the operations of the Commission for the Panopticon. 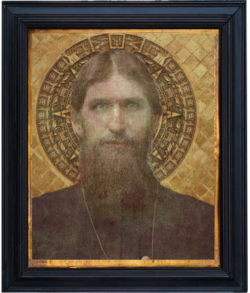 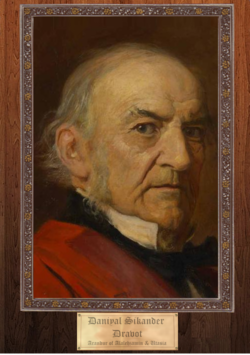 Former Chairman (post-1644 to 1657) Daniyal Dravot: Too scared of his wife to be any sort of megalomaniac.

During the 1630's , Ryker Airships had begun to show signs of decline. Many accredited it to the company's CEO focusing on his new responsibilities overseas, others said that it was the result of poor marketing and the lacklustre quality of the newest airship model, the Kestrel. The Kestrel was marketed as a small and affordable alternative to the massive airships the company had become known for. It was only half the size of the next smallest model and, as the first airship to rely solely on jet engines for propulsion, was by far the fastest airship ever developed. The biggest issue passengers reported having, however, was a direct result of the speed which the Kestrel offered as engineers had been directed to focus on sheer velocity and the cabin suspension system was more of an afterthought. Indeed, at the speeds the Kestrel was designed to handle, passengers were often tossed around in (and sometimes out of) their seats. After the first few complaints, seat belts were required to be used by all passengers and staff for the full length of the flight. This led to an even less luxurious atmosphere for passengers and, eventually, only ten of the two hundred and fifty-seven Kestrels which Ryker Airships had manufactured were in use at a time. Fortunately, the ill-fated airships were cheap to manufacture relative to their larger sister fleets so actual losses were kept under control. Rumours from Ryker Airships have been circulating recently about a complete recall of all Kestrels to the manufacturing plant in Cortallia-Rathwood.

The fleet of Kestrels were subsequently reconditioned, upgraded to the Mark II standard and leased to the Ministry of Military Affairs for a tidy profit in 1640.6253 AN/ASC.

In 1641, a report from the Royal University of Chryste on possible problems with the security of Ryker Airships, published by the Iron Gazette, was quickly dismissed by an executive as biased.

The RAS achieved a major success in 1643 when it successfully completed the development and construction of a new Gravitational Inversion Rig which entered Imperial Service with the Western Armada as the IRS Medusa. The completion of this project, on time if not on budget, provided the company with a crucial financial lifeline at a time when the revenues from its commercial air services had been severely crippled by the ongoing Civil War in Goldshire.

There were those who wondered if the relationship between the RAS and the Imperial Government was not bordering on the corrupt now that its Chairman is both the Chairman of the ESB Group and the Minister of Military Affairs. The doubters have subsequently been in receipt of an educational visit by representatives of the Chamber of the Crypteia and now, joyfully, no longer entertain any dubious notions as to the probity of the relationship of the Crown with the Imperial Republic's major corporations.