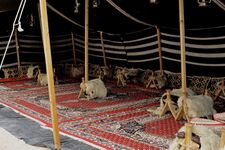 The Islamic Diwan of the Sultanate of Kurum Ash-Sharqia is the so called "advisory branch", next to the legislative, executive and judiciary branches of government. It is governed by chapter 6 of the constitution, which draws heavily from the constitution of New Batavia.

Before a law is passed by Al-Majlis Al-Watani, it needs the advice of the Islamic Diwan, although this advice is non-binding.

The Islamic Diwan has two categories of members: