The Tiana national football team, known domestically as the Tiana national soccer team, is the football team which currently represents the Senyan protectorate of Tiana, and previously represented the independent nation and joint-Senyan-Corian protectorate of the same name. It is a member of the AEFA, after originally being affiliated to the EMUFA, and is run by the TFSF.

The team has existed three times in the FMF's history; firstly between early and late 2011, secondly between early 2012 and mid-2014, both as an independent nation, and thirdly since early 2018 as a shared protectorate of Senya and the Kingdom of Coria and in its current form.

The team was founded in early 2011 after Tiana's Micrasian claim was successful. The team was entered into the qualifiers for the 2011 FMF World Cup, where they finished bottom of their group after losing all six games.

Tiana was removed from Micras in late 2011 but reclaimed its land at the beginning of 2012, with the Tianan national team gaining FMF membership for the second time in doing so. The team competed in the year's World Cup qualifying, finishing fourth in their five-team group with eight points, below Juclandia on goal difference.

In the following year's qualifiers, the team managed to finish second in their four-team group with eleven points and qualified for EMU 2013. Following qualifying, the team competed in the second Senyan School International Tournament, where, after advancing from their group, behind Amokolia on goal difference, and losing their semi-final, they won the third-place play-off against Afrikaana. In EMU 2013, the team finished bottom of their three-team group after losing both of their matches. Soon afterwards, the team resigned their EMUFA membership in favour of that of the AEFA. In late 2013, the team also hosted and competed in the inaugural Tianan Challenge Cup, where they topped the five-team group with nine points before beating Senya 1–0 in the final.

In early 2018, Tiana returned to Micras as a shared protectorate of Senya and the Kingdom of Coria. The team competed in the 2018 Copa Apollonia qualification rounds, where they finished fifth in their six-team group with ten points. Shortly afterwards, Senya gained full sovereignty over Tiana.

In the 2019 World Cup qualifiers, the team finished fourth in their five-team group with nine points.

In the following year's Copa Apollonia qualifiers, the team finished fourth in their six-team group with 17 points. Later in the year, the team competed in the Senyan Anniversary Cup, finishing in third by virtue of goal difference.

In the 2021 FMF World Cup qualification rounds, the team finished an unfortunate second their five-team group with 21 points, behind Lamantia on goal difference, to miss-out on qualifying for the finals.

In the following year's Copa Apollonia qualifiers, the team topped their five-team group unbeaten with 22 points and secured their place in the finals, becoming one of a select group of national sides to reach two separate confederational championships. In the Copa Apollonia, they advanced from their group in second place with four points to reach the semi-finals where they lost to Raspur 2–1 before also losing to Floria 4–1 in the third-place play-off to place fourth overall. 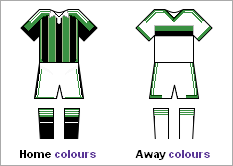 Tiana has used the following flags during its three FMF affiliations: