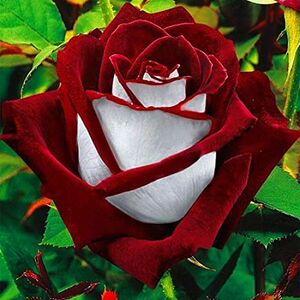 A common cultivar colouring of the Pelle rose.

The Pelle rose is a species of rose native to Fifth Isle, famed for its flowers' variegated red and white petals, which is the national floral emblem of Craitland. Its name originates from a contraction of the traditional ruling House of Pellegrino in the kingdom.

The Pelle rose features on the coat of arms of Craitland in its most common heraldic form, with central white petals and surrounding red petals. The reverse design is much less frequently used in official symbolism, but can occasionally be seen in artwork and architecture throughout the kingdom as a stylistic choice with no reported connotations attached.