The team was founded in 2019 after Alduria's Micrasian claim was successful. The team first competed in the following year's Copa Apollonia qualifiers, where they performed well and topped their six-team group with thirty points after winning all of their matches, advancing to the finals at their first attempt. Soon afterwards, Alduria joined with the Wechua Nation to form Alduria-Wechua, with each constituent nation retaining its separate FMF membership. In the Copa Apollonia finals, the team performed well and topped their three-team group after winning both of their matches before overcoming hosts Lamantia 2–1 in the quarter-finals. After losing their semi-final in extra time to the Kingdom of Coria, the team beat Krasnarus 2–0 to finish in third place.

Ahead of the 2021 World Cup qualifiers, in late 2020, the team entered the inaugural edition of the Raspur Pact Nations League and competed in its top tier, finishing second in their four-team group with eleven points to advance to the knock-outs, where they reached the final but ended as runners-up after losing a penalty shoot-out. In the qualifiers, the team's success continued as they went unbeaten to finish top of their five-team group with 22 points to reach a first World Cup finals. In the finals, the team were eliminated at the group stage on goal difference after gaining five points. Soon afterwards, the team was integrated into a new unified side after Alduria-Wechua was succeeded by Nouvelle Alexandrie.

The team's home colours were yellow, red, and blue, and the Sun of Eura symbol was used in its logo. 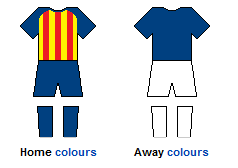 Alduria used the following flag during the entirety of its FMF affiliation: