He married in 1685 AN with Elena de Aragon. She was born on 16.III.1653 AN, a distant descendant of the former Grand Duke of Aragon. Together they have four children: 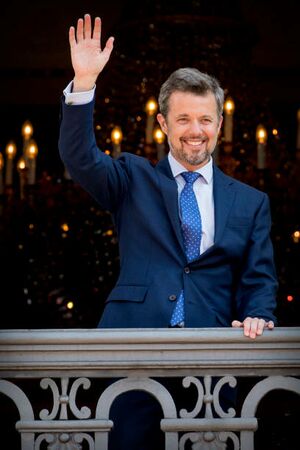 Hendrik, in 1691 AN, while waving from the balcony of the Royal Palace of 's Koningenwaarde.

On 1.XV.1691 AN Henrik Leopold was crowned King of Batavia. At his request the coronation ceremony was kept austere, only the Batavian traditions were held. Unlike his brother, no big party was held on Arkadius Square. No overflight of fighter planes and no parade of military vehicles. His coronation was marked with a series of local festivities, and a series of religious ceremonies all across the country.

The revolutionary government of the Batavian Commune, headed by Pieter Beeck, condemned the coronation: "Hendrik may look like a simple man, but just like those who hold blue blood, he seeks to rule over the workers. Born as a son of a tyrant, and holding the blood of tyrants: he's merely a wolf in sheep's clothing". Revolutionary newspapers remained silent, as attacking Hendrik directly was deemed dangerous (and too early) due to his family's popularity and almost mythical status among large parts of the citizenry.

Since the end of 1709 AN Hendrik was no longer seen at public affairs. Slowly the media began to make all kinds of suggestions as to what might be going on. Questions to the Royal Information Service were not answered concretely. Wild stories began to circulate about Hendrik's condition. The Prime Minister did not want to say much about the case either.

A trainee journalist took part in the 1710 edition of the Tricycle Tour. He had spotted Hendrik in Leylpur at the health clinic there. Pictures of the sick king soon circulated in the media. When it also turned out that the annual speech from the throne would not be read by Hendrik, it caused an uproar in the Lagerhuis.