Prince Jack I was born Jack Mounford, son of the head of the newly established order of the Knights Templar, a Catologian order that protected the faith. His mother was an Aragonese commoner, while his father served as Grand Master of the Order. Jack received a modern education at Lady Germania University in Aragon, and assumed the position of Grand Master after his fathers death. Jack modernised and updated the Order, but tried to prevent the upcoming Jingdaoist Catologian dogmas into the general Catologian faith.

After the Juan rebellion in Southbatavia, the Order was weakened. Together with some important businessmen and officers in the Southbatavian army, he sailed to unknown lands. The island they landed was the Island of Maraguo, or as the local Celtic tribes called it: Calbion. Mounford stumbled upon a divided nation. The south was still very Maraguan, but the north was under control of the larger population of the celtic tribe of the Calbain. With the help of Jingdaoese forces, Mounford united the country and placed it under Southbatavian control. He himself was declared Count of Calbion. But that didn't prevent the Maraguan population to rise up agains the, mainly Calbain, government. This resulted in a bloody uprising that was dealt with accurately by the Calbain and Southbatavian forces. Subsequently, Jack Mounford recieved the title of Lord of Calbion. The reign of Jack Mounford saw large cultural development on the Island and the Calbain culture reached new hights. In 8 ÔD, Jack was proclaimed Prince of the Calbain. 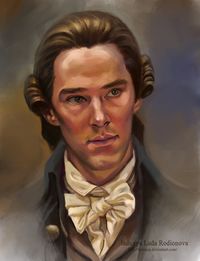 Several incidents occured however which created a schism between Calbion and the Southbatavian mainland. The first incident was the rocket launching site. The Emperor wanted to create a rocketbase on the isle of faenor, but the local residents protested against this. Mounford was unable to prevent the creation of this site and had to settle for an aircraft base which also included the rocket facility. The second incident was the raid of the Calbionese pirate Callaghan of a Natopian trading ship and of a Natopian holiday facility for homosexuals. The cruelty which the pirate showed towards his victims led to a diplomatic crisis between Calbion and Natopia. This was only enlargened by the crash of a Natopian airplane on a Calbionese square afterwards.

No longer wishing to submit themselves to the rule of the despotic Empress Sisera, The Calbain rose up in a rebellion against Jingdao. A declaration of independence was handed in and Jingdaoese soldiers were killed. Sisera reacted by attacking Calbion in full scale, destroying large parts of the country and killing the large majority of the population.

Following the unsuccesful revolt against the Jing, Jack I went in exile on Penguin island. After the failure of the Maraguans to establish a state, Jack I returned to Calbion and oversaw much of the reconstruction, together with Governor-General Llywelyn Lewis. The two became close friends and are together regarded as the fathers of the modern Calbain state. The Prince worked together with the Brettish in advancing the maritime rights of the Calbain people. Under his later rule, Calbion became a colonial power. During one of his travels to the colonies, Prince Jack I fell ill and passed away for the shores of the isle of Ynys Corrach, currently part of the South Sea Islands. The place where the Prince died is currently marked by a monument.

The Prince had declined a state Cremation, which had been traditional for Princes of the Calbain. in his will, stating "What am I but a man? I have been given the opportunity to aid the Calbain people. The strive and toil of this endeavour has shown me that I cannot accomplish anything but for the grace of Cato. Let glory be to Him, and to the great people of Calbion". Prince Jack I was instead cremated in a private ceremony, and his ashes were distributed in the Bay of Adventon. He remains the first Prince of the Calbain whose ashes are not placed in the Crypt of the Catodral in Pentyre after Arthur II.

Never married, Prince Jack I did not have an immediate heir. It took several months before his closest relative assumed the throne as Prince Jack II.