The Geming War, also known as the Jexit Wars, was a military conflict which raged in Jingdao for a period of almost four Norton years. The anarchy which had broken out after the disappearance of the Danya Emperor and all His children during the Battle of the Batavian Highlands in 1637 AN, led to the collapse of the central authorities. With no clear heir, the Imperial Assembly and Seanad started infighting over the power vacuum. This led to bribery of politicians, increasing the distrust of the common man in the political elite. It also became very clear that the military units which were left, were unwilling to cooperate with the several government offices, or chose certain sides, which led to even more political confusion. The Jexit Kingdom was proclaimed in a half-hearted attempt to gather both monarchists as republicans behind its cause. This attempt failed miserably, leading to further fragmentation of power.

What had started as a an attempt of the Emperor to squeal the rise of mutated slaves, ended in a defeat of the Armed Forces (or at least a pyrrhic victory) with the loss of the Heavenly Light. While the mutated slave-problem became a minor issue and no longer threatened to destroy the country, the consequences of the Battle of the Batavian Highlands were high.

On the sort term, the Geming War (meaning Revolutionary War) was the direct cause of the loss of the Euran War. With both the Army and Navy isolated from the Motherland, dwindling supplies and a lack of both military and political orders, the fighting came to a halt. Thousands surrendered, while many more charged onto the enemy with whatever munition that was left. They met a deadly fate, but still one more honourable and less cruel than the fate of the survivors, whom were sent into the desert by the Constancian troops to die from hunger and thirst.

Causes of the War 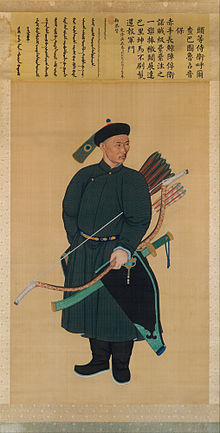 2nd Line Bannermen of the Tegong would shoot refugees showing signs of radiation sickness with tracking-arrows so that they could be followed and marked for execution as inferior stock. Remarkably this prudent and humanitarian policy fuelled resentment against the regime.

Battle of the Batavian Highlands

The Battle of the Batavian Highlands was a spread out series of military battles in the mountains and hills of what was then described as Apollonian Batavia (these days known as the Zhou Jinkeai, Xianbei and Shengxiangxia). When news about a mutation experiment on bound servants that had gone wrong reached the Imperial Palace in Epoli, the Imperial Household was preoccupied with the Euran War. Seen as a minor disturbance and not wanting to alarm the local population, the General Staff sent a Banner Army of around 25,000 men northwards to avoid the spreading of the mutated slaves.

When after a month nothing was heard of the Bannermen, a new and larger force of 100,000 was sent. Soon it became clear to those soldiers that the rumours about the horrors in the north weren't exaggerated. The Danya Emperor was warned about the impending collapse of the local Batavian Authorities. By this time, the mutation had spread around. The Army sent to fight the mutated slaves was forced to retreat to strategical positions, to keep the valleys beyond safe from invasion.

Alarmed by the rapid spread of what was seen as the fault of liberal experiments, the Emperor assembled the largest army that was ever gathered: over a million men marched towards the Highlands and met up with the earlier sent Bannermen. Fighting ensued at the cost of hundreds of thousands. The mutated slaves, ten times stronger than a normal human being, slaughtered many brave men, but in the end fell victim to the overwhelming firepower and numbers of the Jingdaoese Armed Forces.

The military campaign came to and end and the Danya Emperor was once again more focused upon the campaign in Eura, when on a night the camp was attacked by a splinter group of mutated bound servants. The Army was surprised, but was overwhelmed. The Emperor himself charged out of His tent and gathered His most trusted officers around Him. He was last seen leading a heroic charge on the enemy (His unpreparedness symbolised by the fact that He only had a sabre by hand and no gun).

Restoration of the Dynasty 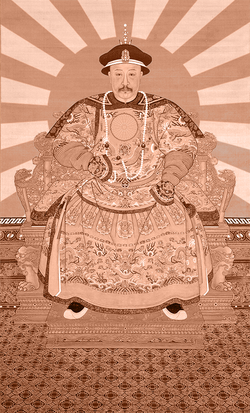 With the Sheng Emperor firmly on the Heavenly Eagle Throne, the Sheng Restoration was widely launched and seen as a renewal of the ancient Jingdaoese values. History had once more shown that without a Dynasty, blessed by the Gods Themselves, the Jingdaoese Empire was doomed to fail and collapse into a time of unprecedented chaos and despair. It marked the official end of the Minshu Period, which was criticised as a too liberal and democratic period. It also saw an increased isolation: with the nation weakened, courtiers recognised that a conflict with the ever more aggressive Shirerithians would at this time result in an uphill and costly battle that the Jingdaoese could not win. Investments were made in developing defences and expansion of the population growth, which would make Jingdao the player it once used to be on the international stage.