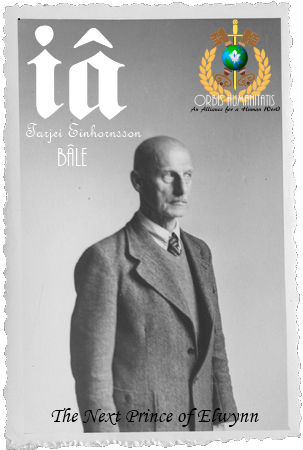 Tarjei Einhornsson (born 1530, died in 1598) was a former Grand Marshal of Normark (1584–1598) as well as the Seventh Prince of Elwynn (1597–1598, de jure). Son of King Johann I Einhorn. He also held the position of Steward of Elwynn. Tarjei Einhornsson is noted for his work on developing the Elywnnese military, and for his role in the crisis following the Elwynnese Princely Election of 1597. When Jacobus Loki seized power in Elwynn, Tarjei saw no other option than to go into exile in his native Normark and declare Norse independence in 1598. He died a few months later.

The first Elwynn Class Corvette, to be named for the Rulers of Elwynn, was commissioned as the ZNS Tarjei Einhornsson and assigned to the Kezan Flotilla during the Tarjeida (or festival of repentance for Tarjei's deposition) of the year 1641 AN.