The ESB-Jagdverbände, also known as the Jagdverbände (Hunting Association), is a Shiro-Constancian private military company, founded within the umbrella of the ESB Group in 18.XIV.1662, whose contractors are recruited from veterans of various conflicts, including the War of Lost Brothers and the Elwynnese Civil War. The Jagdverbände provides a rapid reaction force, available to reinforce the corporate security assets of the Honourable Company at short notice. The Jagdverbände also specialises in short-notice interventions conducted in hostile environments.

The Jagdverbände was formed by the ESB Group in a reorganisation of its Security Directorate as part of a corporate restructuring following an unsuccessful attempt by the Reformist Clique in the Imperial Government to appropriate company assets during the Elwynnese Civil War, a rash act on the part of Lady Dragonmoor which prompted the ongoing Humanist Reaction.

Since the relocation of the ESB Group to Eura, the Jagdverbände has been attached to the General Service Corps of the Trans-Euran Command when not undertaking normal corporate security duties. Its 80-acre cantonment at the Aqaba Training Area, Aqaba Garrison of the Imperial Constancian Armed Forces is named Camp Grobba in honor of its founder.

During the 1685 expedition to former Franco-Batavian holdings in southern Cibola the Bitzurænhæd of the Jagdverbände was attached to the ESB-Brunïakis-Afzælt to provide reconnaissance support.

Beginning in 1690, the ESB-Jagdverbände was involved in a number of discrete actions relating to the pacification of Lyrica and the reconstruction of a sovereign Hurmu nation. 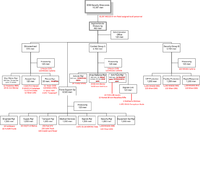