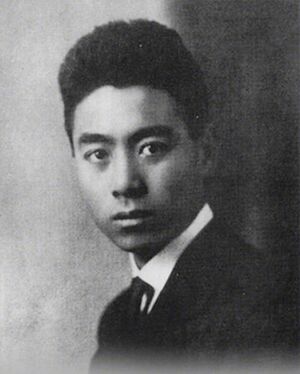 The Young Guard refers to a group of young politicians, military personnel and bureaucrats who were born or grew up during the Chidao Era (since 1659 AN). They lived up during a period of economic growth, increasing prosperity and a long lasting peace and political stability. Small, backwards villages were for the first time opened up and brought into contact with marvels like the railroad, cars and electricity.

Those individuals were seen as strong supporters of the Heavenly Light (who they saw as personification of the golden era). In contrast with the Old Guard, they seek to promote the expansion of Jingdaoese through soft power, rather than expanding influence through waging war or seeking conflict. The White Tea Road is one of its primary examples.

During the 1690's, Chidao slowly but steadily started replacing the Old Guard with younger individuals. Jin San, for example, replaced his own father, Zhang San, as Diwang. Throughout those years, several military leaders were replaced by officers who aligned with the Young Guard.

The Young Guardists sought to further strengthen the Chidaoist position as a god among the people. To avoid that the Heavenly Light received any negative feedback, a series of parliamentarian reforms were introduced in 1692 AN: on a provincial level, local parliaments were established. Those parliaments were framed for setbacks, like economical crises, and served to weaken popular democratic aspirations.