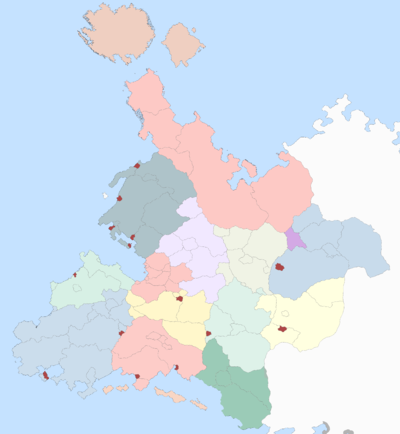 Map of the gewesten and borders of the lordships during the Sixth Kingdom (1686 AN). 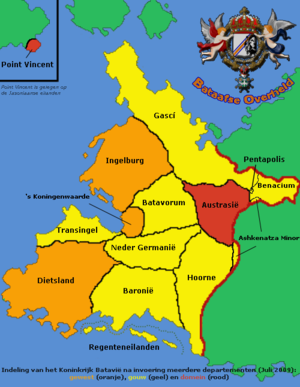 Map of former regions of Batavia

The list of Lordships in Batavia is an overview of the administrative subdivisions within the borders of the Kingdom of Batavia. Autonomous regions are excluded.

Each lordship can be assigned to a Batavian by the king. Some lordships have been merged under one administrative unit, but are officially still separate lordships. The purpose of the lordship is local cultural development. Directors of lordship have often also gained access to the House of Lords to coordinate the cultural development of their lordship with other directors.

There are currently 110 lordships within the borders of the kingdom.