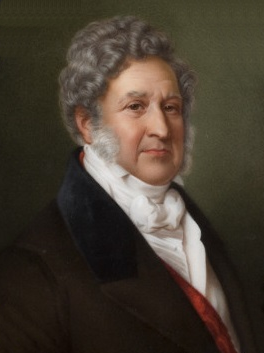 Joseph Bartholomeus des Vinandy-Windsor, also known as Joseph B. Windsor (1611 AN) is a Batavian, politician and nobleman who joined the Ultraroyalist cause, acted as Royal Representative. As Prince of Davignon (earlier: Duke of Davignon), his heritage can be traced back to both the noble family line of the House of Vinandy-Windsor‎, who once ruled the ancient Duchy and is also one of the descendants of Queen Fränzi-Ferdinanda. His younger brother, Nicholas, is Duke of the independent Duchy of Leylstadt.

After the defeat of his party in 1668 AN after a long period of stagnation and corruption under the Stadtholdership of his fellow party member, August Baerdemans, Joseph joined the Vinandist faction within his party. He was elected president of the Ultraroyalists and started cooperating with the Conservatives, who now formed the new cabinet. While the relations between the party and crown were amicable, several members started to blame the king and conservatives of narcissism and authoritarianism. The party became increasingly hostile towards the government which, in their eyes was aligning itself too much with the Natopian-Shirerithian pact.

Eventually, Joseph had a falling out with the King and his government after the Lagerhuis elections of 1672, in which a part of the population had been unable to cast their votes. The Ultraroyalists were pushed out of the Lagerhuis, and an attempt by the conservatives to satisfy the Ultraroyalists by granting them two seats backfired: the party felt offended and proclaimed that no members would actively participate in the administration until new elections were called. These actions (or lack of action) led in turn to increased instability and countermoves from the administration. A constitutional change took away Josephs stewardship, leading to a further low point in the relations between Crown and party.

The lack of having a heir made him and a large part of the Windsorists support the Kalirionist claimant, David Ayreon-Kalirion, for the Batavian crown in 1664 AN. The birth of a twin in 1673 AN solved this issue and strengthened the position of the Windsorists among the nobility.